Bill Barhydt, CEO of Abra, just concluded a Reddit AMA session which saw him answer a lot of pertinent questions related to his company’s future as well as the crypto market as a whole. 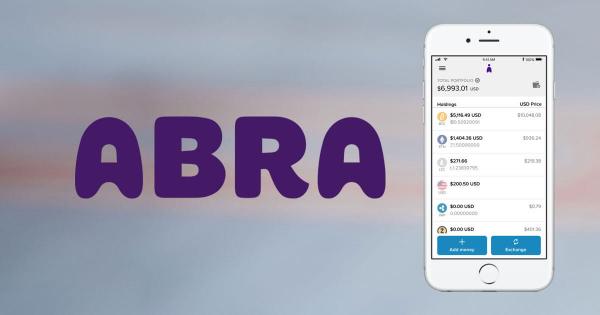 Bill Barhydt, CEO of Abra, just concluded a Reddit AMA session which saw him answer a lot of pertinent questions related to his company’s future as well as the crypto market as a whole.

During a tour of Europe last week which saw Barhydt travel to the UK and Switzerland, he expressed his support for Bitcoin by saying that due to the influx of western institutional money, the crypto powerhouse is set to make a huge financial push sometime in the near future.

In the Reddit AMA on Monday, while talking about Abra’s future plans, Barhydt added

“SEPA support which would give users GBP/Euro bank access to Abra is my absolute #1 priority right now. We have to get a bunch of stuff done on the current launch but rest assured this topic is on the top of my list for new stuff to be done. I was in London and Zurich last week and had this conversation about 4 million times!”

Similarly, Barhydt also addressed his vision of developing a ”non-custodial crypto bank” that would help democratize access to financial services for every consumer on the planet. As per the Reddit AMA, he added that the envisioned service would potentially allow for:

Another question that was put forth by many users was regarding Abra’s move to implement Litecoin based smart-contracts in favor of the currently popular Ethereum contract model. In response, Barhydt wrote:

“P2SH (supported in Bitcoin, Litecoin and Bitcoin Cash) is the perfect model for simulating our synthetic CFD. It’s secure, easier to work with and more liquid than ether for our purposes. We may support native ether via this model in the future but don’t have any immediate plans to announce such news.”

In closing, Barhydt spoke about Abra’s possible foray into the merchant services sector stating that “depending on the use case”, the company would evaluate the potency of such a move. He did, however, add that

“We’re particularly interested in the business to consumer payments market”.