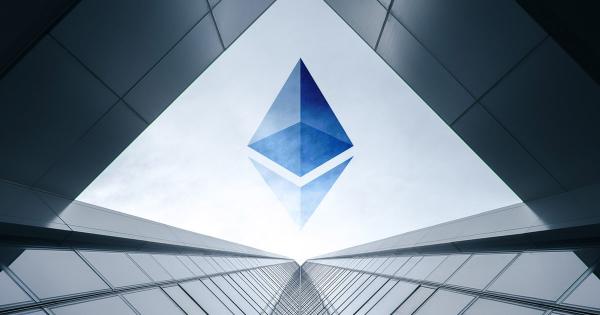 In some Bitcoin-centric circles, there’s been a sentiment recently proposed that Ethereum and its current use cases have no value.

To certain commentators, decentralized finance — better known as DeFi — only perpetuates what some see as shortcomings of traditional financial firms and products.  Also, some say that Ethereum’s primary use case as a platform for smart contract development and deployment can be replaced by Bitcoin projects such as Rootstock and Liquid.

Yet according to a Wall Street research veteran, there are good reasons to think Ethereum has long-term value.

A top crypto researcher explains why Ethereum has value

Matt Hougan, the head of research at Bitwise and the former CEOs of Inside ETFs and ETF.com, recently published an extensive post to Forbes outlining “why Ethereum has value.”

Core to his sentiment is that Ethereum provides developers and innovators the opportunity to address the following question: “What if we could apply the ‘programmable transactions’ capability to rethink virtually every type of service offered by the financial industry?”

What Hougan is referring to, of course, is decentralized finance. To the crypto analyst, DeFi is,

“[A way to replace] huge chunks of the rent-seeking, history-of-bad-behavior, and solvency-risk financial system with something software-based, easy to audit, nonreliant on human judgment, and vastly more efficient?”

Hougan best summed up Ethereum’s growth potential in DeFi by noting that the market capitalization of ETH is “around 10% of just the fines that U.S. banks paid since the 2008 Great Recession.” The insinuation he was making is that DeFi may have the potential to usurp many of the old guard’s traditional products.

Watch out for competitors

While Ethereum may have value as a platform for stablecoins, DeFi, and other purposes, there are potential “killer” competitors on the horizon.

The blockchain’s strong uptick in adoption over recent weeks has been marked by a strong increase in transaction fees. Just take a look at Crypto Twitter, where there are multiple instances of individuals paying in excess of $10 for interactions with smart contracts in the DeFi space.

Qiao Wang, a prominent crypto trader, noted that after an expensive interaction with an Ethereum application, he’s fearful the platform can be “dethroned”:

“I’ve changed my mind after using a dozen of Defi platforms. So long as ETH 2.0 is not fully rolled out, there’s an obvious opportunity for a highly scalable blockchain to dethrone Ethereum. Paying $10 transaction fee and waiting 15 seconds for settlement is just bad UX.”

Even one of the blockchain’s proponents and entrepreneurs said that it’s good to remember that Ethereum “hasn’t won yet.”

Not only that, but some say the blockchain is lacking in terms of transaction speed and bandwidth, offering a 13~14-second transaction time and a theoretical maximum of under 50 transactions per second.

Enter Ethereum competitors such as Cardano, which promise to encroach on the incumbent leader’s market share by offering a faster and more streamlined user and developer experience.

The thing is, thus far, no blockchains have delivered on becoming “Ethereum killers.”

Top VC: Ethereum is miles ahead of “ETH killers” in this key category

If you have been around in crypto for the past few years, you likely know of the concept of Ethereum-killers.