There’s no doubt Ethereum (ETH) has done well over the past few months. 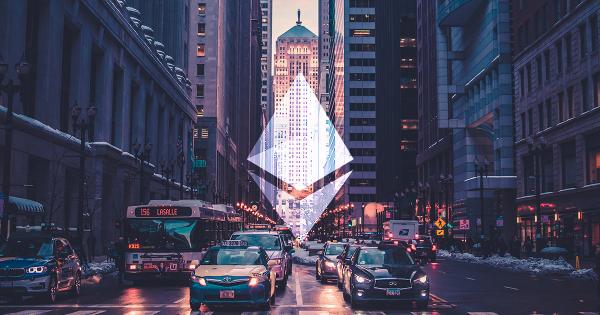 There’s no doubt Ethereum (ETH) has done well over the past few months. Since the lows of approximately $85-90 seen on Mar. 13, the cryptocurrency has slingshotted higher, peaking as high as $250 to register a gain of nearly 200 percent from the lows.

This performance is so impressive that ETH managed to outperform Bitcoin, which theoretically should lead the cryptocurrency market in a bull trend.

Even still, a confluence of fund managers does not yet see Ethereum as an investment, despite the positive technical trends and a number of Fortune 500 firms big on ETH.

With Bitcoin starting to underperform alternative cryptocurrencies, there’s no doubt that investors looking in the crypto space have been looking to expand their horizons.

For risk-averse investors, such as institutions that have a fiduciary responsibility, Ethereum may seem like the best bet: it is the size of a medium company, is widely traded, and has been branded by the CFTC as a commodity. There’s a reason why a recent Fidelity Investments survey revealed an 11 percent institutional penetration of Ethereum.

Yet a number of prominent fund managers in the cryptocurrency space have come out against Ethereum, claiming it doesn’t have an investment case at the moment.

His argument boiled down to the idea that ETH doesn’t have a concrete use case yet like Bitcoin has being a form of digital gold or being a digital store of value.  He added that Ethereum is not yet the “trust level” or blockchain that the majority of the technology world is building upon.

The skepticism has been echoed by Jeff Dorman of Arca. He wrote that Ethereum’s performance is so closely intertwined with that of smaller-cap altcoins makes it “not an interesting investment for anyone outside of the die-hard ETH community.”

The latest to have hopped on this train, so to say, is Exponential Investments partners Leah Wald and Steven McClurg.

On Jun. 11, they published an article on Medium entitled “Ether And Bitcoin Are Not The Same.”  The case they made was extensive, but it boiled down to a number of factors, some mentioned by the aforementioned managers, other points not so much:

Despite the warnings, there are prominent Fortune 500 firms — and firms near the top of the Fortune 500 — that are getting intimate with Ethereum, but are shying away from platforms like Bitcoin and XRP.

As reported by CryptoSlate, Adam Cochran, a partner at Metacartel Ventures and an adjunct professor at Conestoga College in Canada, found that prominent companies are investing in Ethereum when he looked at the top 10,000 ETH wallets.

His team identified “wallets associated with major players such as JPMorgan Chase, Reddit, IBM, Microsoft, Amazon, and Walmart” building positions in the cryptocurrency. The details were scant, but the crypto investor asserted that “100 percent” of these wallets are accumulating ETH.

Importantly, prominent corporations are doing more than just accumulating the cryptocurrency, they’re using the technology of Ethereum as well.

Although not in the Fortune 500, one of the world’s most prominent social media platforms, Reddit, has created a points/token system for users of two one-million-user subreddits. The system is currently based on an Ethereum testnet, but may soon be migrated over to the main chain. The details CryptoSlate covered here.

Separately, the “Big Four” professional services company Ernst and Young has begun to use Ethereum technology. One such example of this is its Nightfall, which attempts to use zero-knowledge proofs to make certain Ethereum transactions more private.

Visa may be using Ethereum as well. The company filed a patent for migrating fiat currency to blockchain and the patent mentioned Ethereum addresses. 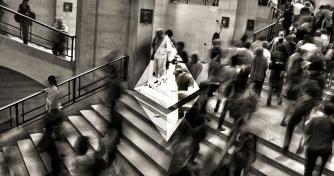 Investors are now buying Ethereum (ETH) at a 750% premium; a smart investment or Robinhood-esque FOMO? 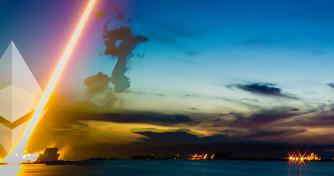 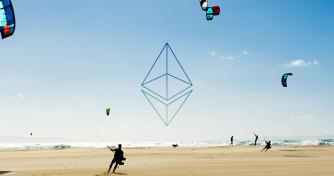