The development of sidechains could transform Bitcoin into an all-useful blockchain protocol and make many altcoins redundant, according to sidechain pioneer and Blockstream CEO Adam Back. 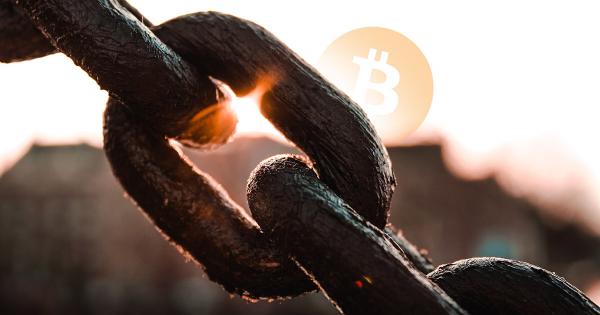 Photo by Miltiadis Fragkidis on Unsplash

The development of sidechains could transform Bitcoin into an all-useful blockchain protocol and make many altcoins redundant, according to sidechain pioneer and Blockstream CEO Adam Back.

Speaking on a panel at Transylvania Crypto Conference, Forbes reported, Back stated that altcoins would have “less credibility” when sidechain technology could facilitate “easy-to-use extension mechanisms” for Bitcoin—that is, allowing developers to augment the original layer-one cryptocurrency with new and innovative features.

The comments reaffirm Back’s long-standing reflections on “user-facing applications of sidechains” in the original sidechain whitepaper, authored in 2014 by his Bitcoin development firm Blockstream, which supposed that these parallel systems could offer faster, more sophisticated applications of BTC compared to the “liquidity shortages” and “market fluctuations” associated with smaller-cap altcoins.

For the uninitiated, sidechains are standalone protocols linked to the main chain (in this case Bitcoin) via a two-way peg. Assets are locked on the main chain and then represented on the sidechain, where they can be transacted on a less encumbered, supposedly faster, network.

The state of sidechains

Back and his colleagues at Blockstream have for years spoken of a time that sidechains would administer the coup de grâce to many of the altcoins that have attempted to outdo Bitcoin in their various ways.

But there’s a tradeoff. Liquid uses a federated model that has its 23 members act as nodes for the sidechain, and is thus reliant on a significant degree of centralization—reliant on trust. Rootstock, an open-source sidechain designed to bring smart contract functionality to Bitcoin, has a similar issue, relying on 25 high-profile blockchain companies to secure BTC transactions in and out of the peg wallet.

One could look at these types of tradeoffs and draw comparisons to top-10 altcoins like XRP, which, in a similar fashion to Liquid, relies on centralization to increase transactional throughput. Ripple Labs (the company behind XRP) has pushed aggressively for international expansion in recent months, securing a series of high-profile partnerships intended to boost the coin’s reach and liquidity—their strategy seems to be working.

Until sidechains can help Bitcoin compete with its rivals in a more decentralized fashion, their usage may be limited to organizations already transacting in BTC.