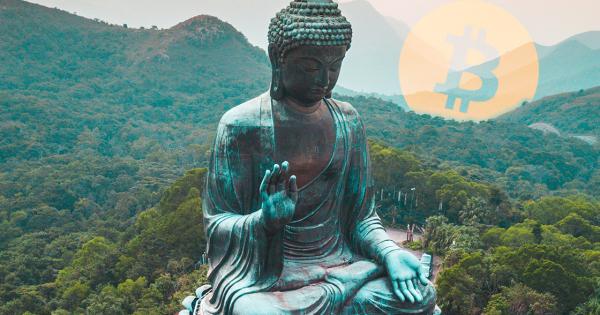 Photo by Jason Cooper on Unsplash

In a recent controversy brought to light by Amber AI, Hong Kong-based cryptocurrency exchange OKEx has been allegedly engaging in “market manipulation and fraud,” impacting $400 million in trades. Investors are unable to seek help from the courts due to regulatory exclusions.

An Achilles Heel for Investors

Despite Hong Kong having been among the first hubs to publicly endorse both blockchain and fintech, cryptocurrencies have remained a thorn in the side of Beijing’s financial regulators. At the moment, there is very little incentive to impose an outright ban on crypto trading or exchange in the city, unlike in Mainland China. That said, the Securities and Futures Commission (SFC) in Hong Kong has not worked to make the atmosphere towards crypto more favorable, either.

Back in October 2018, the SFC proposed a “sandbox” approach for crypto exchanges. According to the South China Morning Post, the proposal introduced Nov. 1, enabled exchanges to apply for licensure in Hong Kong.

While the move was widely regarded as a step forward for the industry in China (and the industry overall), many failed to notice a key point in the announcement: The new approach would not accept platform operators trading digital assets, such as futures, derivatives, and other contracts.

These exceptions stripped investors of the ability to seek the SFC’s help in the case of fraud or manipulation, leaving investors vulnerable.

On Nov. 26, the South China Morning Post said that the Seychelles-registered exchange was under fire last week after three of its future settlements for Bitcoin Cash were delivered earlier than scheduled. These contracts affected trades worth more than $400 million.

Several investors endured heavy losses as a result, turning to the law in hopes of a fair inquiry into the incident. The solicitations to the courts received no responses, with judges pointing to the recent dictum of the exclusion of derivatives and futures.

It seems that in cases of derivatives and futures, fund managers and traders need to carefully weigh their options and assess the risks themselves, as any remuneration from the courts seems unlikely.

In more troubling news, Amber AI, an algorithmic trading firm, claims that these trades were not simply a mistake.

In a Medium post, the firm claims that OKEx was trading against its clients’ positions in the futures markets and profiting at their expense. Amber AI claims that the incident borders on fraud.

The exchange denied all such claims in a detailed blog post.

This is not the first time OKEx has caused losses for its customers. Back in July of 2018, the exchange took a portion of the gains from all of its traders in a clawback mechanism used to plug clients’ margin call losses.

The exchange endured the significant backlash from the community, even though it may have been within their contractual rights to cause these losses.

In all, OKEx has been in the news for the wrong reasons. However, without the pressure of a regulatory agency, there is little customers can do to dispute losses caused by OKEx. In this regulatory environment, the best traders can do is remain vigilant and avoid these unregulated securities, and if these practices continue, vote with their dollars and trade somewhere else.

OKEx, the second biggest crypto exchange by daily trading volume, officially announced the decision to engage in a forced liquidation to settle a massive long contract.