Japan will test pilot a service to allow passengers to pay for limo rides with cryptocurrency, according to an article published Sunday by Bloomberg.

Japan will test pilot a service to allow passengers to pay for limo rides with cryptocurrency, according to an article published Sunday by Bloomberg.

Expanding Into the Ride Business

Payment company Remixpoint Inc., which also has its hands in the energy management and automotive industries, will partner with Japanese limousine company Hinomaru Limousine Co. for a small trial run of cryptocurrency payments for limo services.

The trial will start this month and will cover limo rides between Tokyo’s Haneda or Narita airports and the city’s 23 wards to begin with. An official announcement of the trial is reportedly coming on Nov 6. and cryptos accepted include Bitcoin, Bitcoin Cash, and Ethereum.

BITpoint is one of 16 major exchanges in Japan now under the jurisdiction of the Japanese Virtual Currency Exchange Association (JVCEA) thanks to a recent ruling by the Japanese government.

Hinomaru Limo’s fleet of vehicles consists of 362 limousines and 161 taxis, and the company could expand the crypto payment service to include its taxis if the limo service trial run is a success, according to Bloomberg’s unnamed sources.

After a number of high-profile attacks on exchanges resulting in millions lost, crypto companies are still trying to make inroads in Japan. The recent decision by Japan Financial Services Agency to let the JVCEA police the market has led to stricter rules and a trend toward more stringent enforcement, and a stablecoin backed by the Yen was announced last month as part of the stablecoin boom. Bitcoin payments, in particular, have climbed since Japanese retailers began accepting BTC in 2017. 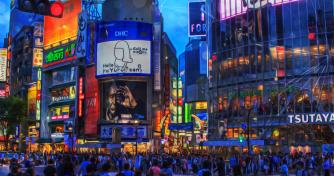