A Swiss cryptocurrency startup has raised over $103 million from private investors to build a crypto bank, reported Reuters on Sept. 27.

The parent company, SEBA Crypto AG, aims to provide financial services to cryptocurrency businesses across the globe, circumventing the problematic legislation and internal policies that most crypto-firms face while cashing out their revenues.

Apart from banking crypto firms in a similar manner to traditional banks, the entity will provide cryptocurrency services, presumably custodial and trading, to interested companies and investors.

So far, over 100 million francs, or $103 million USD, have been raised to actualize initial operations. Investors include Switzerland’s BlackRiver Asset Management and Hong Kong-based Summer Capital, among other undisclosed investors.

The bank shall be headed by former UBS Bank executives Guido Buehler and Andreas Amschwand. The duo’s connections help solidify the bank’s position as a credible player, with the first push that of applying for a banking and securities dealer license to manage crypto investments on behalf of qualified investors.

Traditional banking services like ICO underwriting, advisory, and corporate financing for cryptocurrencies will be provided. The bank’s employees will be well-versed with various cryptocurrencies and their classifications–primarily to guide interested parties.

Buehler stated about the bank’s mission:

“SEBA wants to bridge the gap between traditional banking and the new world of crypto. With safety, transparency and performance as core values, our ambition is to become a market leader in the convergence of traditional finance with the crypto economy.”

Switzerland has become an unlikely force in the cryptocurrency space. However, the landlocked European country is world-famous for its private banking services and adoption of new financial products–making its cryptocurrency advent an unsurprising venture.

But, private banks in the country have denied services to cryptocurrency companies in the past, citing an absence of relevant AML and KYC document from customers. Banks also fear the significant liquidity–running into hundreds of millions–may require special clearances before clearing it to form their books. Also, ICO firms have raised billions of dollars for untested products, for which the long-term implications and benefits remain unknown.

Despite the limitations, cryptocurrency companies have found a home in Zug–the self-styled crypto valley–and Zurich, Switzerland’s economic capital. Firms embrace the lack of restrictive governance, lenient banking services, and ample connections opportunities as significant reasons to set up shop in the country.

However, Amschwand believes the lack of comprehensive guidelines on cryptocurrencies and blockchain remains a grey area, and could potentially stifle innovation for the necessary development of the industry.

SEBA is expected to launch in 2019 in Zurich, with branches and digital services planned in the world’s premier financial hubs soon after launch. 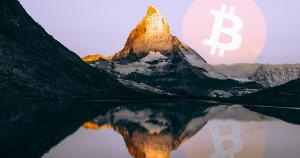