Staking rewards for ALGO and ATOM coming to Binance.US 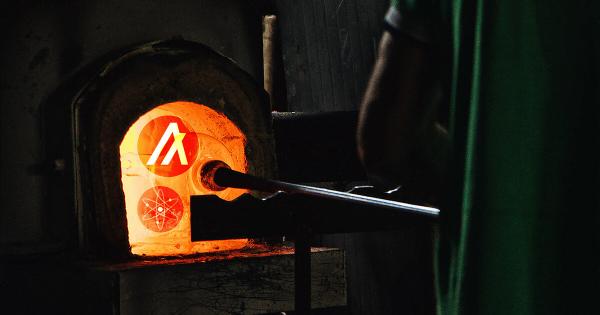 Binance.US has announced the launch of staking rewards on its desktop and mobile app. Staking rewards will be available for Algorand (ALGO) and Cosmos (ATOM) in February for Binance.US users, with more PoS coins to be added soon.

The world’s largest cryptocurrency exchange closed off 2019 by introducing a Binance.US mobile app and will be entering 2020 with a slew of new features.

Binance.US, the exchange’s recently powered U.S.-only marketplace, will begin offering staking rewards in February. According to the company’s official announcement, staking rewards will be available both on its desktop platform and mobile app.

Initially, the platform will only enable users to earn staking rewards for Algorand (ALGO) and Cosmos (ATOM) but added that more proof-of-stake (PoS) coins will be listed in the following months. The exchange is the first U.S. marketplace to offer staking rewards for both coins, it said in the release.

“Staking is just one of the many attractive ways we are bringing new people into the digital asset marketplace.”

Coley believes that staking is a way to reward users for being a part of a community, and as such, is “one of the key components of America’s pathway to economic freedom.”

Binance encourages the spread of staking

While this is the first time the company has offered staking to its users in the U.S., it’s not the first time it experimented with staking. Back in September 2019, Binance launched its dedicated staking platform enabling its users to stake their XLM, KMD, ALGO, QTUM, and STRAT tokens and earn rewards on their holdings.

Users in the U.S. will only be able to start ALGO and ATOM for the time being, but the exchange will make the process start automatically once the program goes live in February. The company said in the announcement:

“Seventy percent of crypto users are focused on holding onto their assets rather than trading them, so staking provides an ideal solution for holders to passively earn rewards by supporting the operation of various blockchain networks.”

The automatic staking, however, might not be enough to get a significant number of users aboard. The company seems to be aware of this, as they have called users to visit Binance Academy, its educational arm, to learn about what staking is.

Update at 20:38:30 GMT on Jan. 30: The company name in the article was changed from Binance to Binance.US since they are separate entities.

Binance US, the US-based arm of crypto exchange giant Binance, has continued its aggressive listing policy announcing it will be adding support for the native token of the Waves smart contract platform, WAVES, on the 29th of October.  According to a blog post by the San Francisco-registered firm, users can now start depositing Waves on Binance US […]

Catherine Coley, the CEO of Binance US announced on Twitter that the American subsidiary of Binance surpassed $10 million in daily trading volume for the first time.