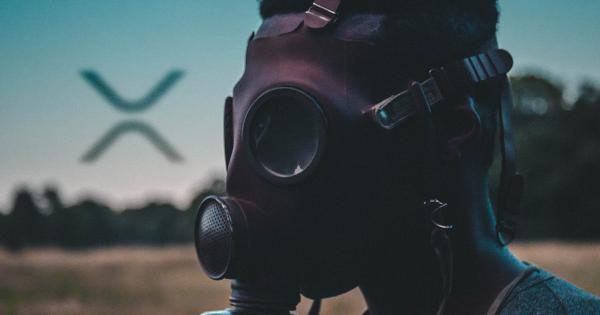 Tiffany Hayden, once one of the Ripple’s biggest supporters and self-proclaimed CEO of XRP, has sold off her XRP holdings due to constant attacks from the XRP community. The blockchain advisor said that the constant attacks she suffered from Ripple supporters caused her to sever ties with the project.

Major Ripple supporter dumps all of her XRP

While the crypto industry has been known for bringing forth very passionate cliques, very few communities have been as hostile as the one surrounding Ripple.

The hot-blooded group supporting the company’s promising cryptocurrency XRP seems to have become unbearable for Tiffany Hayden, one of its earliest and most vocal supporters. The independent blockchain advisor decided to sell off her XRP holdings and disassociate herself from the community.

She tweeted on Mar. 9th:

“I’m not holding $XRP anymore, XRP supporters, so find something else to talk about.”

She explained that the XRP community has been “attacking her character” ever since she revealed that the network was suffering from vulnerabilities that could halt its operations.

Hayden further elaborated to a follower that XRP supporters are disparaging her constantly:

“Wherever XRP supporters congregate, they have nothing better to do than talk shit about me, which my parents and children have the pleasure of reading. I’m done. Find somebody else to demonize and spend your life bitching about.”

She also claims to have been excluded from the network by its gatekeepers after spinning an expensive validator to help with the vulnerabilities.

This isn’t the first time that the hostility from the XRP community caused problems. Back in 2018, Hive.one, formerly known as CryptoInfluencers, a platform that lists influential figures in major cryptocurrency communities, was forced to eliminate its section on Ripple.

The Hive team said that the platform came under heavy scrutiny after highlighting David Schwartz (aka Joel Katz), Ripple’s CTO as the influential person in Ripple. While Hive noted that the data it aggregates is merely informational, the Ripple community has shown such a high level of hostility towards the platform that it was forced to eliminate the entire section.

Back then, it was believed that the outrage originated from the listing of Stefan Thomas, the former CTO of Ripple, as the second most influential account in the community, despite the fact that he hasn’t been involved with Ripple for months.

Ripple itself hasn’t been a stranger to drama, as it has been facing a class-action lawsuit while trying to prepare for an IPO. The company has been accused of and leveraging questionable advertising while distributing XRP as an unregistered security.

It’s hard to say whether any of these events in itself had an effect on XRP’s price, as the entire crypto market has been experiencing a significant consolidation in the past two days.

XRP is the key to Ripple’s profitability; here’s why that could be a big issue