Hive.one, formerly known as CryptoInfluencers, a platform that lists influential figures in major cryptocurrency communities, was forced to eliminate its section on Ripple. 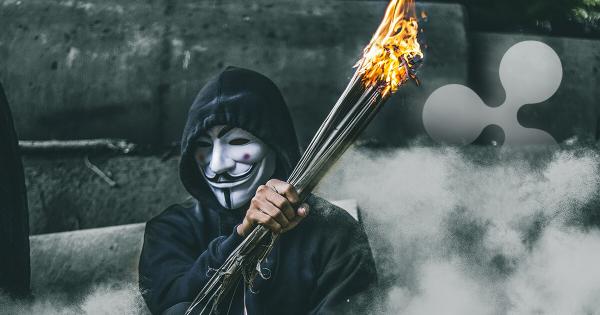 Photo by Ahmed zayan on Unsplash

Hive.one, formerly known as CryptoInfluencers, a platform that lists influential figures in major cryptocurrency communities, was forced to eliminate its section on Ripple.

Update: Please see the response from the Hive team at the bottom of this article.

According to the Hive team, for an undisclosed reason, the platform was under heavy scrutiny whilst receiving feedback from the Ripple community. Hive.one researchers said:

“We also mapped Ripple. However, while collecting feedback from this community we met with hostility and requests to be removed. It’s the first time we encountered this, so we decided not to publish the list for the time being.”

Factors Behind the Backlash

Since its launch in December of last year, CryptoInfluencers has been considered as one of the most accurate platforms that rank public figures in the cryptocurrency sector based on their social media presence and influence over their respective communities.

The algorithm of Hive.one is solely based on data pulled from Twitter, which remains as the most active social media platform for cryptocurrency users, investors, developers, and companies. Initially, Hive.one analyzes the engagement and reach of public figures and then moves onto the reach of accounts that engage with the accounts of public figures.

For instance, if Bob sends out a Tweet about Bitcoin, Hive.one will analyze the initial engagement of Bob’s Tweet and also the reach of accounts that engaged in the Tweet of Bob by liking or retweeting it.

It is not possible to implement perfect criteria to evaluate one’s influence over a specific market. Certain figures may have more influence over a market on alternative platforms like YouTube and some influencers may not be even involved on social media but are active in traditional media such as television networks.

With the Twitter-focused algorithm utilized by Hive.one in mind, the researchers found that Joel Katz, the Chief Technical Officer of Ripple, is the most influential figure in the Ripple community.

The most influential members of XRP community are current and past employees of @ripple.

It’s current (@joelkatz #1) and its former CTO (@justmoon #2) are the most influential members of the community. Ripple’s CEO, @bgarlinghouse is #3.

The most influential pseudonymous account in XRP community is @Hodor7777.

Our guess is that it's also the most influential non-employee of @ripple in this community (we can only guess since it’s a pseudonymous account).

The report also revealed that Joel Katz has more influence over the Ripple community than Ethereum co-creator Vitalik Buterin has over Ethereum.

Not Good For Ripple

Joel Katz and Brad Garlinghouse being two of the most influential figures in the Ripple community was well expected. But, the outrage towards Hive.one and its evaluation of the community probability originated from the listing of former Ripple CTO Stefan Thomas as the second most influential account in the community, considering his lack of involvement in Ripple in recent months.

However, the data provided by Hive.one is merely information that is designed to be taken as reference. It does not represent the most practical criteria nor algorithm. Yet, the Ripple community has shown such a high level of hostility towards the platform that its team was forced to eliminate its section on Ripple.

Agreed, also want to mention @hivedotone said "It’s important to point out that our algorithm does NOT indicate endorsement, but influence."

While collective and constructive criticism can be beneficial in most cases, intense hostility towards a platform that merely provides information on one social media platform that is Twitter cannot be justified.

Update: Hive.one clarified through a series of tweets that “most XRP community members were friendly and helpful,” stating:

Earlier today we tweeted in response to @crypto_slate's clarifying that most XRP community members were friendly and helpful. https://t.co/Qn6vUm5FHZ

We didn't want to perpetrate the idea that the community was hostile to us, when the hostility came only from one person.