Over the past few years, a class-action lawsuit has been building against Ripple Labs, the San Francisco-based fintech company that is known in crypto for its involvement in XRP. 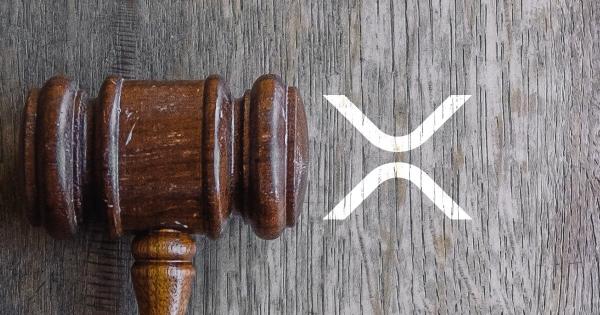 Over the past few years, a class-action lawsuit has been building against Ripple Labs, the San Francisco-based fintech company that is known in crypto for its involvement in XRP. Unfortunately for the upstart, it was unable to get the case thrown out by the federal judge, potentially threatening its intent to go public through the sale of shares in the near future.

According to a report from Bloomberg published on Feb. 26, a federal judge for the Northern District of California has agreed to let a class-action lawsuit, which accuses Ripple of distributing unregistered securities (referencing XRP) by leveraging questionable advertising, against the company proceed.

Notably, it wasn’t all skewed against Ripple; the judge dismissed claims from the class that the fintech startup had made false statements under California law, which lies at the heart of the argument, though the court is giving the plaintiffs another chance to prove wrongdoing in a future complaint.

This ruling comes shortly after the company argued that the lawsuit was untimely because it was filed after the cryptocurrency was purportedly offered to investors years and years ago, as early as 2013, some have said.

One of the discussions at the heart of this case is whether or not XRP should be treated as a security, commodity (like Bitcoin and Ethereum), or something else entirely.

While Ripple’s CEO Brad Garlinghouse has already come to a conclusion — he said “It’s clear XRP is not a security and the UK and others have said as much” — the U.S. Securities and Exchange Commission (SEC) has yet to come to a ruling on the matter.

According to Jake Chervinsky, general counsel and Ethereum decentralized finance (DeFi) application Compound, the fact that this discussion remains relevant may slow the initial public offering plans for Ripple, hinted at in an interview with the Wall Street Journal at Davos.

In a comment responding to how the abovementioned ruling should affect the “XRP is a security” argument, he explained:

“SEC enforcement moves slowly under the best of circumstances & may be on hold until this case wraps up.”

I completely agree with Arturo.

I'd also caution strongly against assuming "the SEC would have taken action by now if it thought XRP was a security." SEC enforcement moves slowly under the best of circumstances & may be on hold until this case wraps up:https://t.co/KuQKksxf30

Backing his point, he cited a Twitter thread he wrote, in which he elaborated that the California case is forcing the SEC to sit on the sidelines regarding XRP and its position in this nascent asset class due to “limited resources for crypto.”

As to why this, specifically, will slow an IPO attempt by Ripple, Chervinsky in January explained that he “doubts [an IPO will] happen while XRP’s security status remains uncertain. That’s not FUD, it’s basic business sense.”

Since the first week of January, XRP has increased by about 50 percent against the USD.