The circulating supply of the Winklevoss twins’ stablecoin Gemini Dollar (GUSD) is plummeting. 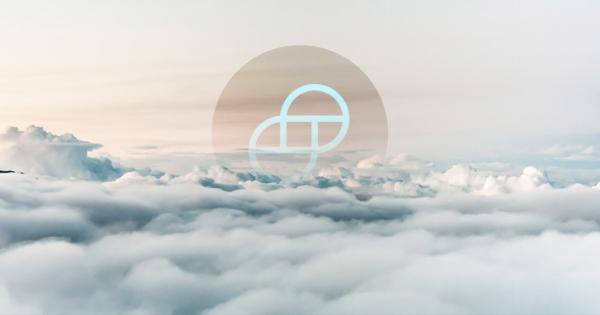 The circulating supply of the Winklevoss twins’ stablecoin Gemini Dollar (GUSD) is plummeting. From a peak market capitalization of more than $100 million in December of 2018, the coin recently hit new lows of $22 million.

From a rank as the 49th most capitalized cryptocurrency in December, GUSD has now dropped to 200th place in the rankings.

Following the cover-up controversy from Tether (USDT), the most dominant stablecoin currently in the market, most other stablecoins—including GUSD—experienced an influx of new deposits as users converted USDT to safer alternatives. All of the major stablecoins, such as USD Coin (USDC) and Paxos Standard (PAX), have also seen a significant increase in their total market capitalizations stemming from the 2019 spring bull market.

Yet, GUSD has been an outlier to the overall industry trend, with little indication as to why.

Beginning December, the circulating supply of Gemini Dollar started to drop consistently from its peak of over 100 million tokens.

Gemini Dollar launched with much fanfare in September 2018. The stablecoin was hailed as an alternative to the controversial Tether token, with Gemini advertising its regulatory compliance and direct oversight from U.S. regulators, most notably the New York State Department of Financial Services. Gemini even called GUSD the “world’s first regulated stablecoin.”

It seemed like Gemini Dollar had all the sticking points necessary to be listed on Binance, the world’s largest crypto exchange by trading volume. Such a listing would have made GUSD the fifth stablecoin that’s available for trading on the platform, after Tether’s USDT, Coinbase-backed USD Coin (USDC), Paxos Standard (PAX), and TrueUSD (TUSD).

Yet, instead of listing GUSD, Binance decided to list StableUSD (USDS) from Stably, a little-known Seattle-based startup whose stablecoin’s market capitalization was one-tenth the size of GUSD.

It has now been three months since Binance listed Stably’s USDS. No new stablecoins have been added since and some are now speculating that Binance intentionally kept GUSD off of their exchange.

Meanwhile, most places GUSD is listed are exchanges which Bitwise reported does not have reputable trading volumes.

Another anomaly around Gemini Dollar is the large percentage of its circulating supply that was once controlled by wallets belonging to Huobi, a leading Asian crypto exchange. In January, Huobi controlled 78 percent (roughly 71 million tokens) of all circulating GUSD based on blockchain data analyzed by CryptoSlate. Yet, Huobi is not even ranked within the top 50 exchanges in terms of trading volume for GUSD, raising questions as to the motives for issuing these tokens.

An anonymous source who works in the stablecoin industry has hypothesized that Gemini received a $70 million loan from Huobi to jumpstart its initial reserves and market capitalization. CryptoSlate reached out to Gemini and a representative from the company denied receiving a loan from Huobi. The representative declined to comment on the underlying causes for the declining circulation of GUSD.

Something else to keep in mind is how stablecoins can methodically increase the outstanding balance of their reserves. By following the below process, a stablecoin project can “jumpstart” and expand both its circulating token supply as well as cash reserve:

Why GUSD is facing such a sudden drop in its outstanding supply is still unclear and may indicate a deeper underlying issue with the stablecoin.