External forces are stopping Bitcoin from rallying despite on-chain strength

Bitcoin has been flashing signs of intense fundamental strength throughout the past several weeks and months, with the turbulent price action seen throughout the first half of 2020 doing little to hamper this strength. 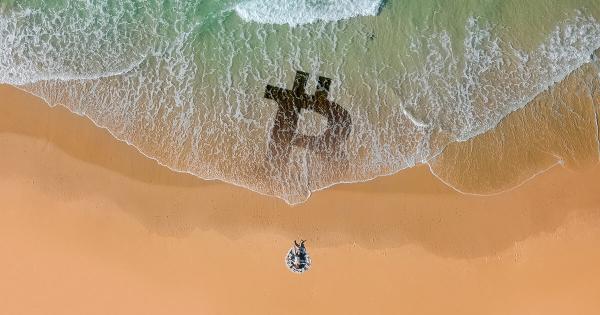 Bitcoin has been flashing signs of intense fundamental strength throughout the past several weeks and months, with the turbulent price action seen throughout the first half of 2020 doing little to hamper this strength.

The cryptocurrency’s slow transition into the bull regime of one on-chain indicator reveals this, showing that the benchmark cryptocurrency’s network health, liquidity, and investor sentiment have all been seeing positive growth.

Although BTC’s price action typically tracks its fundamental growth, it now appears that “external forces” could be halting any potential uptrend.

One research firm notes that these forces may include uncertainty regarding Bitcoin’s multi-month consolidation phase and unknowns regarding its status as a “risk-on” or “risk-off” asset.

Throughout the past several months, Bitcoin has been caught within a wide trading range between $9,000 and $10,000.

Both buyers and sellers have remained deadlocked since the start of May, with each attempt to break out of this range proving to be fleeting.

This consolidation has caused the cryptocurrency’s volatility to reach levels not seen in over a year.

According to data from the analytics platform Glassnode, the crypto has been seeing tremendous fundamental growth in spite of its consolidation phase.

The platform’s “Glassnode Compass” indicator reveals that BTC has been steadily marching towards the bullish “Regime 1” section of the compass throughout the past several weeks.

They note that this is now the seventh consecutive week in which the cryptocurrency has been sitting firmly within bull territory from an on-chain perspective.

“During Week 28, the compass saw improvements both in terms of GNI and price performance, setting itself up for its 7th consecutive week in Regime 1.”

They further add that high on-chain activity despite a stagnating price is what is helping boost Bitcoin’s fundamental strength.

“On-chain activity has been consistently high for the past several months, and while BTC’s price has stayed uncharacteristically stable, it is still performing positively relative to the beginning of the year.”

It’s clear that Bitcoin’s price action has not been reflecting the cryptocurrency’s underlying strength.

Glassnode believes that there are two primary factors behind this trend, including uncertainty regarding the consolidation phase, and a lack of knowledge regarding where Bitcoin stands as a macro asset (i.e. is it risk-on or risk-off.)

Bitcoin’s ongoing consolidation bout is in itself neutral, but the last time BTC saw volatility this low was just before its price crashed in November of 2018.

Investors are also concerned that any imminent downside in the stock market could place some intense pressure on the cryptocurrency – especially if it has maintained its close correlation to the benchmark indices.

Bitcoin is an uncorrelated asset no longer. 2 min read