Exploring the Blockchain Development as a Service Industry [Interview]

In the wake of the 2017 market boom, hundreds of blockchain tech consultancies sprung up to service the overwhelming amount of investment that entered the cryptocurrency space. 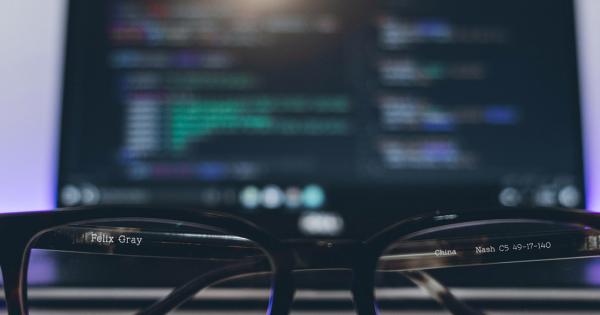 In the wake of the 2017 market boom, hundreds of blockchain tech consultancies sprung up to service the overwhelming amount of investment that entered the cryptocurrency space. These companies are often based out of places with low median incomes per capita, taking advantage of cheap development costs in places such as India and Eastern Europe. To explore this industry, CryptoSlate interviewed the chief executives at one of these firms.

Founded at the end of 2017, Serbia-based MVP Workshop is a team of 45 blockchain “specialists” who, for the last two years, have quietly helped corporations bring blockchain-based services to market—with varying levels of success.

Some of MVP Workshop’s projects include Sciptarnica, a decentralized book publishing platform, Liquid Crystal, a side-chain scaling solution, and Blockademy, a collection of videos and tutorials for those looking to learn blockchain-oriented development.

MVP Workshop is one of the hundreds of allegedly blockchain-capable contract development firms. These companies usually start as development companies in another field, ranging from web development, to internet technologies, mobile development, or something else entirely. Then, these firms will add blockchain development as another high-margin service.

CryptoSlate interviewed MVP Workshop’s chief executive, Ivan Bjelajac. The executive has allegedly been part of building and selling companies that have had “multi-million dollar exits” over the last 17 years.

Devana’s main business was ManageWP, which was acquired by GoDaddy in 2016. As part of the deal, Bjelajac moved to GoDaddy Europe as operating director and stayed there until 2018. Bjelajac is still the CEO of both MVP Workshop and Devana Technologies.

It was a success. His six-person team grew to a 45 person company and even branched out into consultancy when the firm started getting approached by ICOs who needed guidance for their launches.

At the time of the interview, the team boasted 32 “in-house developers,” an allegedly tech-heavy group that can deliver “all parts of a blockchain solution” to those that need assistance. That is, all but marketing and capital raising, added Bjelajac. MVP Workshop is “strictly NOT an ICO agency,” he asserted, the company is “in it for the tech.”

Given the reputation associated with ICOs, it makes sense for some companies to try and distance themselves from the practice.

From validating business ideas, to building out proofs-of-concept, to writing the details of white papers and evaluating tokenomics, MVP Workshop markets itself as a “one-stop-shop” where blockchain projects can prepare for launch and provide continued support.

One success story the firm advertises is Celsius Network, who after raising $50 million worth of cryptocurrency—with the Workshop’s help—has been checking in “constantly” with the firm to improve their Ethereum-based crypto-bank, according to Bjelajac.

The Belgrade-based company also works with other technologies, including Hyperledger Fabric, Blockstack, and Ethereum derivatives like Ethermint. Bjelajac maintains that it’s a strictly “technology-agnostic” operation.

That said, there are questions about the blockchain development as a service business model. Considering the purported competency of those at MVP Workshop, it’s unclear why it is more lucrative to support other aspiring blockchain companies rather than pursue an in-house project.

Tokens for Projects with “True Value”

One thing the executive was adamant about was only developing security or utility tokens if it brings “true value to the product in end,” a common criticism for many ICOs which did not necessarily need a token component to be a viable product.

“We work in partnership with a client to get to the business value and not just to deploy his desires onto a blockchain, but more like to figure out if this will bring revenue and business value in the end.”

In “trying to understand the new business models that decentralization and tokenization create,” the CEO stressed that his outfit only builds products that could prove a “certain kind of business value,” or in MVP Workshop jargon, “Proof of Value.” Often, that means debunking some erroneous beliefs. According to Bjelajac:

The tech veteran says he has given his fair share of wake-up calls to errant projects, even sometimes to “big corporates,” but he noted that things usually turn out fine after he leads them back to the drawing board “to build something [MVP Workshop] thinks is the real deal.”

It’s unclear whether Bjelajac and his company represent an outlier or a norm. There are certainly a fair number of ICO-as-a-service companies that will launch a “blockchain project” and raise funds for any sort of idea, for a price. Today, many of the tokens from these offering have lost 90 percent or more of their value from initial offering prices.

It’ll be interesting to see whether blockchain development as a service will continue to exist the way it does now five years from now. It’s possible that it will continue to exist as an outsourced service to places such as Eastern Europe or India, or perhaps it will come full force to software hubs such as San Francisco, Berlin, and Shanghai as blockchain technology matures.

Prior to the launch of Ethereum, a faction of its principal founders banded together with seasoned policy professionals, energy sector executives, and academics to explore meaningful use cases for blockchain in energy, a sector they concluded could benefit from the nascent technology.