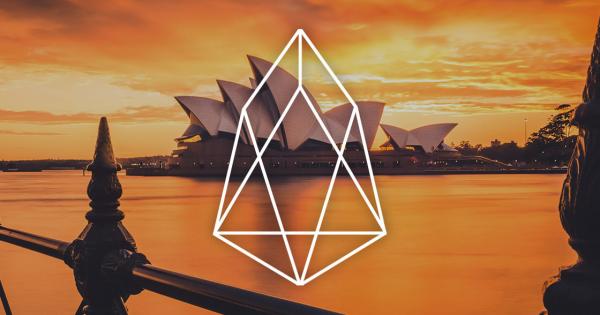 Photo by Liam Pozz on Unsplash

The Chief Financial Officer of Commonwealth Bank — the largest bank in Australia — quit the high-ranking role earlier this week to join forces with Block.one, the organization driving the development of EOS. Rob Jesudason left his position with the bank in order to take on a new role as the COO of the Block.one.

Michael Novogratz of Galaxy Investment Partners, who recently partnered with Block.one in order to create a $325 Million EOS.IO Ecosystem Fund noted the significance of the move on Twitter:

The Herd keeps coming. Rob is the CFO of one of the largest banks in the world, and now he’s joined the Crypto army. Congrats @BrendanBlumer Big day. https://t.co/At49A8Frss

The Sydney Morning Herald announced on the 14th of May that Jesudason had resigned, stating that new chief executive Matt Comyn is currently undertaking an internal and external search for a replacement, taking over the role of CFO in a temporary capacity while Commonwealth Bank attempts to repair the reputation of the bank, which has recently been embroiled in a scandal that involves the breaching of money laundering and terrorism financing laws and financial misconduct.

Jesudason’s move is one of the first high-profile movements of key finance industry personnel into the blockchain ecosystem. Working with Block.one, Jesudason will take the new role of Chief Operating Officer, serving on the EOS project’s Board of Directors and functioning as the Group President.

“Rob has a proven track record of success in global financial services, where he has been involved in industry innovation and facilitated regulatory advancement enabling the adoption of new technologies. His alignment with our organizational priorities of creating compliant, high-performance blockchain solutions, is an ideal fit for Block.one, and is an exciting conclusion to our thorough search for the right individual.”

Jesudason isn’t the only high-ranking finance industry board member to move from the traditional finance ecosystem to the blockchain environment, however. Newly-appointed Goldman Sachs Vice President Chris Matta recently quit his role with the organization, lasting just two days in his new position after a promotion before abandoning the traditional finance industry to create a new investment vehicle within the blockchain space.

Matta commented on the move in a recent CNBC interview:

“In the crypto world, every month is like a year in the equities space. The amount of things that would change in that time, the number of funds that would come to market, it would just be a much more difficult landscape for us if we were trying to get things up and running in February.”

While Matta may hold an apparent bullish perspective on the future of blockchain technology and cryptocurrency, he’s decidedly terse regarding the potential of a dramatic price run-up in the near future:

“It’s either going to zero, or it’s going magnitudes higher.”