Some of Bitcoin’s most significant challenges revolve around the lack of equity in governance. 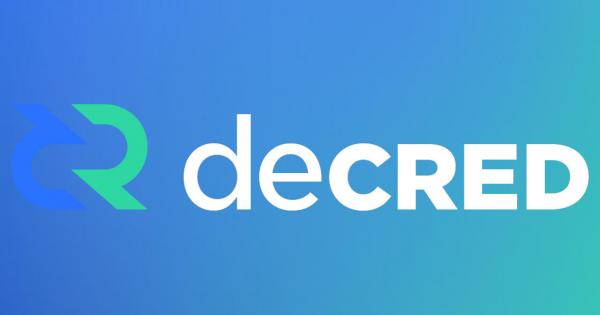 Some of Bitcoin’s most significant challenges revolve around the lack of equity in governance. Decentralized currencies should distribute power evenly across their networks. Despite this, it seems as though miners currently have too much power. These are the issues that Decred aims to solve.

Short for ‘Decentralized Credit,’ Decred is a hybrid Proof-of-Work, Proof-of-Stake system that relies on a particular form of governance that is unique from all other coins. Decred’s development team says they designed the token to be as Bitcoin originally intended to be. They want to achieve the same goals as Bitcoin without some of its flaws, such as transaction times and scalability.

A long time ago in a galaxy far, far away, there was an unknown man who surfaced on the internet and called himself by the username “tacotime.” He responded to a thread on Bitcointalk titled “Want to make an altcoin that actually changes something?” on April 3rd, 2013.

He said he and his team had an idea, but they needed coders with the time to work on the project. Three days later, he started a thread titled “Memcoin2 (MC2): A Hybrid Proof-of-Work, Proof-of-Stake Cryptocurrency”.

This concept would eventually evolve into the Decred coin that we know today.

The anonymous user “tacotime” worked with another person who went by the alias “_ingsoc.” Due to their anonymity, not much is known about them; however, one thing is clear: the success of Decred is largely due to the hard work of these two individuals.

At the beginning of 2014, “_ingsoc” took the project to CEO Jake Yocom-Piatt of Company Zero (C0) which was named Conformal Systems at the time and operated as an open-source software engineering firm.

In a piece written by Yocom-Piatt regarding some of Bitcoin’s biggest challenges, he points out the power that miners have — whether it’s stopping new consensus rules from being implemented, censoring transactions, or mining empty blocks.

Unfortunately, there’s been a clash between Bitcoin developers and miners — miners have one idea, the development team has another, but there’s no way everyone can reach an agreement because there’s no decentralized governance system.

Worst of all, Bitcoin investors have no say in any decisions about its future. Yocom-Piatt proposed that the only way to overcome these issues is to create a new altcoin that properly implements suggestions of the community.

C0 announced the answer to these problems on December 12th, 2015, and Decred was born.

“Decred will be an open, progressive, and self-funding cryptocurrency with a system of community-based governance integrated into its blockchain”

Decred uses a self-governing system with checks and balances implemented in order to remove some power from the miners and distribute it to the average Decred owner.

This is probably one of the key selling points of Decred. Their governance system is impressive and the first of its kind.

Unlike other cryptocurrencies such as Bitcoin, Decred uses a mix of Proof-of-Work and Proof-of-Stake which blend together brilliantly — every block reward is divided up into three sections.

This money is used to pay the developers for their hard work, as well as to pay contractors, further developments, and more.

How does this work?

Anyone who owns Decred can take advantage of the Proof-of-Stake system. Whenever the network votes on something, voters must earn tickets to participate.

To do so, they lock away (stake) their Decred for 28 days. It’s like buying a lottery ticket, except you never spend the money. Instead, you commit to locking it away for 28 days.

This reward system encourages people to use the network. After 28 days, those who staked their Decred receive their money back as well as interest on top of that. Furthermore, they receive a ticket which they can use to vote. Voters are being paid to vote and contribute to the decentralized network.

The system is compelling for three reasons:

In fact, stakeholders can override miners’ blocks if there is a 60% majority vote.

One of the most common votes is ‘yes, the previous block is indeed verified.’ This sets up an efficient system of checks and balances that Bitcoin lacks. Developmental changes are the second most popular thing that is voted on. This system of self-governance sets the token apart from all other cryptocurrencies.

Unlike Bitcoin, Decred ensures that there’s an even playing field. Miners and users have the same amount of power and influence. Decred’s development team knows that a strong community is important — if a community member has an idea, that idea is heard, improved upon, and possibly implemented.

This is one of the fundamental differences between Decred and other cryptocurrencies — it encourages its users to improve the system. With the voices of everyone in the community heard, progress is made much faster, and hard-forks are no longer possible.

If you’re familiar with Dash, then you know that it’s also a self-governing token, but it carries one insurmountable flaw to the average user. If you want a vote, you have to run a masternode which costs 1,000 Dash tokens — with the current price of Dash at $530.36, the cost of running a masternode is $530,360.

After purchase, your ticket will enter the mempool where it waits to be mined. Once mined, you will have to wait for 256 blocks (21 hours) for the ticket to go live. At this point, you’ll be able to vote, but you have to wait for another 256 blocks before your funds become available. As a reward for staking, you receive the original cost of the ticket plus ~1.4 DCR.

Atomic swaps securely facilitate peer-to-peer exchanges without the possibility of theft or loss of funds. Each party generates a hash function comprised of random numbers to make a hash of the users’ data. Hashes are irreversible, preventing forgery.

A multi-sig is used to complete the atomic swap transaction — meaning multiple users must sign a transaction before it can be broadcast to the relevant blockchains. The data from both parties must be revealed and agreed upon before the currencies are swapped.

Once both hashes are revealed, the transaction instantly occurs on the relevant blockchain networks. If one party fails to reveal their hash, your funds will safely remain in your wallet.

Instead of going to a centralized exchange like Bittrex or Binance, you can instantly exchange your Decred for other cryptocurrencies right then and there via the blockchain.

In a recent blog post, Decred explained how atomic swaps on its network are going to work:

Currently, this process uses a standalone binary on each side of the swap, e.g. a DCR binary and a BTC binary on each side. The swap process has 3 steps on each side, requires some manual relaying of information via an existing communications channel, e.g. email or instant messaging, and uses a text interface, which is obviously less than ideal.

For example, if you have Bitcoin and you want to trade it for Litecoin, you wouldn’t have to go to a middleman. Instead, you could instantaneously and securely swap your Bitcoin for Litecoin via the blockchain, creating a decentralized form of exchange.

Where to Buy Decred

Bad PR for a Good Reason?

Many ask why the development team took so long to get the word out about their project. There wasn’t really any sort of advertising campaign or anything, so the coin wasn’t initially as popular as it should have been. Why?

An outspoken Decred community member known as “Decred Jesus” explains why the development is focusing so much on coding instead of marketing:

“You know why you didn’t hear about it? It’s not because you weren’t looking. It’s because these guys write code. – They only cared about creating the best coin they could. They wrote code for years without talking about it.”

The Decred development is a self-funding group — they didn’t borrow money from anyone or launch an ICO. Instead they did an Airdrop, giving away hundreds of thousands of coins. All that was required to register for the Airdrop was signing up to their email list. Now that original Decred airdrop (of ~250 coins) would be worth over $15,000 USD (at the current price of $62 USD).

The team are all paid full-time salaries by the Decred organization. In other words, they’re working full-time on this project unlike Bitcoin’s contributors who don’t receive financial compensation.

Decred is the democratic solution to Bitcoin — it encourages its users to vote which not only helps with the forward momentum of the coin but also prevents a hard fork and increases transaction activity on the network.

The coin’s development team is comprised of hard-working and talented individuals who pay close attention to the demands of the community. One challenge they may face is PR, but their lack of active marketing does not seem to be stopping the progress of the project’s development.

After witnessing this coin’s notable progress since its inception in December of 2015, it is safe to say Decred is a compelling project.

For more information on Decred, including price, market cap, technical information and social media links, you can visit our Decred coin profile.