Data Shows that Women Are Underrepresented in Blockchain and Crypto 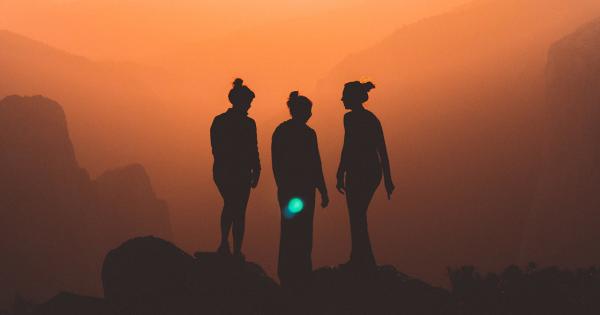 A LongHash report published on December 11, 2018, analyzed the most recent 100 blockchain startups and found that the industry employs significantly more men than women, showing a growing gender divide in the emerging companies. But, is this a result of a conscious plan to push women out of the industry or a more complex case of supply and demand?

Looking to highlight the long-debated issue of the gender divide in the industry, LongHash, a blockchain data and media company, published a report analyzing the most recent 100 blockchain startups and their employees.

According to LongHash, out of the 1,062 listed team members, 14.5 percent of them were women. The report also found that 7 percent of the blockchain startup executives were women, and for advisors, that number was 8 percent.

However, women were least represented in the top management category, as 78 of the 100 startups listed had no female executives. Only one startup from the list had more than one woman in an executive role.

The report went on to point out that while tech, in general, is largely a male-dominated field, big tech companies in Silicon Valley all have a workforce that’s at least 25 percent women. Almost 29 percent of employees at small tech startups were female, while just 15% of startups that got venture funding have women on their executive teams, as reported by the non-profit Women Who Tech.

Are Women Consciously Being Pushed Out of Blockchain?

The LongHash report implied that, despite the industry being relatively young, it grew to prominence in the #metoo era and should have resulted in more women being involved in blockchain. Back in February 2018, the New York Times criticized the male-dominated culture surrounding cryptocurrencies and blockchain technology which often caused “sexist incidents” and inappropriate conduct from company executives.

To highlight these kinds of incidents, CryptoSlate reached out to the Chair of the Washington Technology Industry Association and former president of StormX, Arry Yu. In regards to how women are treated at crypto events, and in the industry in general Yu stated:

“…when events are thoughtlessly thrown together over and over again where conference parties are held at strip clubs, or where ‘crypto-dudes’ assume any woman they encounter is a waitress, assistant, or party seeker—this is where the industry as a whole will continue to fail. What creates even more damage to progress is when attendees or witnesses of ‘crypto-bro’ sexist behavior do not speak up by reprimanding these kinds of close-minded, provincial acts…”

These cases of discrimination, unprofessional conduct, and unwanted sexual advances are a recurring narrative in the cryptocurrency space, especially during the peak of the market. Breaker Mag highlighted this kind of behavior when a female journalist undertook a ‘crypto-cruise.’ Another question altogether, however, is whether women are being purposefully pushed out of the industry in terms of employment opportunities.

Women in the Workforce

The small number of women employed in the blockchain industry could also be a result of the market supply. In 2017, a Pearson Frank Java and PHP Salary Survey found that women made up just 11% of the developer workforce.

CryptoSlate reached out to Ashlie Meredith in an interview, a former university professor and now current University Program Director at the blockchain accelerator MouseBelt. She commented that:

“…there are numerous studies showing that employers evaluate identical credentials differently based on the gender of the applicant—especially if it’s a traditionally male field. A focus on diversity could address this kind of inequality in opportunity.”

Yet, there are also opponents who argue that companies that hire women just on the basis of their gender are adding to the growing dissatisfaction of their employees who were hired for their skills and experience.

Amber Baldet, the former blockchain lead at JPMorgan Chase, told QZ the belief that women were being sidelined in blockchain is not true. She explained:

“Women just aren’t being publicly recognized for their work.”

Also, focusing too much on equal gender representation isn’t something young companies have the time or resources to do. Henry Ward, CEO of Carta, told CNBC that when Carta was founded in 2012, diversity was not the focus—it was “staying alive.”

In contrast to that sentiment, Yu reaffirms that gender inclusion is something that should be a priority for startups, regardless of resource constraints:

“Diversity is not something startups can postpone until they are mature, especially as it pertains to gender… the first 20 hires in any startup company set the tone and culture for the company over its lifetime…”

The notion that women need more recognition and better representation in blockchain could actually bring more harm than good, Kim Elsesser, an author and lecturer at UCLA, argued. She believes attracting more women into blockchain and other male-dominated industries is a fantastic goal, but highlighting women’s supposed vulnerability in the field isn’t the way to do that.

Women have significant obstacles to overcome in male-dominated industries, Elsesser wrote, but highlighting how underrepresented they are in a field such as blockchain is not going to eliminate these obstacles.

Meredith is more proactive about getting women involved in blockchain and technology in general. There is an untapped resource that could help push blockchain technology forward:

“…We should ask ourselves: why do I believe in blockchain technology? If the answer is its potential to disrupt and revolutionize our governments and financial systems, then we need to work to get everyone involved.”

Whatever the underlying reasons, it is clear that there are vastly fewer women involved in the blockchain sector than men. Even more concerning is the prevalence of ‘crypto-bro’ culture that may tarnish the reputation of the industry to the public. Yet, it’s uncertain if the industry views this imbalance as a problem.

To effectively address these concerns it is necessary that the figureheads in the industry first bring attention to the problem and then make it a priority they’re willing to champion. Whether that will happen though is up for speculation.

Research: Nearly Half of Millennials Prefer Crypto Over Fiat

Amber is co-founder and CEO of Clovyr, a company reshaping how businesses connect to each other and the world’s data. Learn More