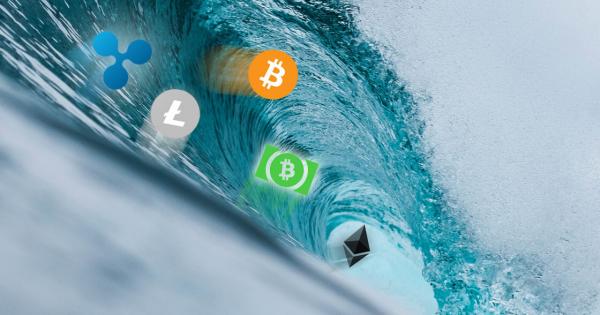 Bitcoin has spiked by $300 in less than 24 hours. At press time, the currency is trading for roughly $8,500, and the downward spiral users were witnessing last week appears to be in an ending phase. With all major cryptocurrencies now in the green, the total market cap for the industry has grown to $378 billion.

One major step that may have preceded the coin’s maneuver is the exit of Cambridge Analytica from the cryptocurrency scene. The company (now nefarious for its role in the Facebook data reveals) had previously announced that it was ready to issue a new cryptocurrency to customers who could allegedly exchange it with advertisers or use it to store personal online data.

Former employee Brittany Kaiser spoke highly of the move, saying that Cambridge Analytica is still a company that knows how to handle and hold client information, and was potentially introducing a system that would restructure online data safety.

However, the idea was scoffed at by many spectators, including blockchain consultant Jill Carlson, who claims to have attended meetings with Cambridge executives.

In a recent interview with the New York Times, Carlson claimed that the company was merely introducing a method to govern individuals and enforce “corporate-like” control through a cryptocurrency forefront, which in the long run, diminished the ideas and principles behind virtual currencies outright.

Additionally, IMF head Christine Lagarde published a blog post last Monday describing the benefits of Bitcoin and blockchain technology, while Smart Valor CEO Olga Felmeier praised the currency, and aligns herself with figures like Tom Lee in her belief that the currency will again hit massive gains similar with what users saw in December 2017.

Ethereum appears to have incurred a recent breakout, with the currency jumping from its previous $537 mark to $570 at press time.

The currency has enjoyed a surge in value exceeding eight percent in just the last 24 hours, while figures like Benjamin Davis – CEO of the London Block Exchange – say that Ether trading is exploding across cryptocurrency platforms.

In addition, researchers from Warsaw, Poland are releasing a new whitepaper that alleges how Ethereum could be scaled to potentially support “higher volumes” and “more complex smart contracts.”

Bitcoin Cash has endured an impressive 15 percent spike over the last day, jumping from $959 to about $1,080. The currency now stands as the world’s fourth-largest digital asset, with a total market cap of $18 billion.

Ripple was expected to enter a correction phase and drop back to $0.56, but the currency has witnessed a 19 percent surge in value over the last 24 hours and now trades for roughly $0.83.

Analysts believe another bullish run is near, though the chance of a correction to $0.61 is not entirely out of the question just yet.

Litecoin remains relatively neutral during other coins’ bullish phases, and is presently trading for $142 ($1 higher than its previous mark).

In conclusion, the cryptocurrency total market capitalization continues to show impressive gains this week, starting the week at a total market cap of $325.3 billion and currently sitting at a $378.47 billion, a gain of 15% in the past seven days.