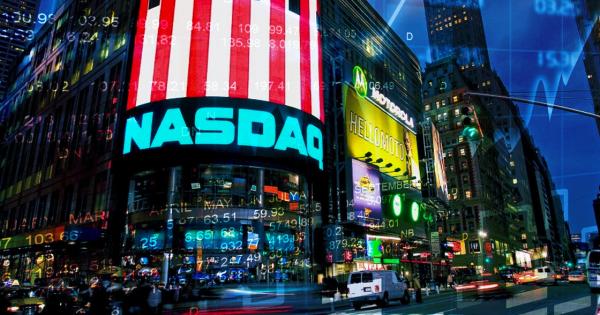 The CEO of the NASDAQ, the second-largest exchange in the world by market capitalization, announced that it would consider adding cryptocurrency to its offerings alongside traditional securities.

On Wednesday, CEO of the NASDAQ Adena Friedman said that the NASDAQ would consider hosting cryptocurrencies on the exchange once the regulatory environment is sufficiently mature:

That being said, according to Friedman, the crypto space is still too immature for such a move. Cryptocurrency is in its “early implementations” and is still experiencing a “big hype cycle.”

However, Friedman also believes that digital currencies are here to stay, it is “just a matter of how long that space will take to mature” before they can offer crypto to the public.

However, Friedman was emphatic in expressing that the regulatory environment needs to mature before the NASDAQ would move into crypto. Although the exchange is not yet directly involved in selling cryptocurrencies, the NASDAQ has offered its technology to other exchanges:

“[Our] initial implementations on the blockchain are actually with our technology. We announced today that Gemini will use our surveillance technology to help them make sure they are providing a fair market for their participants.”

The NASDAQ’s partnership with Gemini, the 28th largest cryptocurrency exchange by Bitcoin trading volume, further strengthens the credibility of the crypto space.

Initial coin offerings, on the other hand, are an entirely different matter. Friedman believes that ICOs are not sufficiently regulated, nor was she clear on whether she would support hosting ICOs on the NASDAQ: