Celebrities Cash In on Bitcoin and Crypto, Some May Face SEC Action Sam Town · 4 years ago · 4 min read
News › Culture

Cryptocurrency is rapidly merging with the world around us as adoption speeds up. 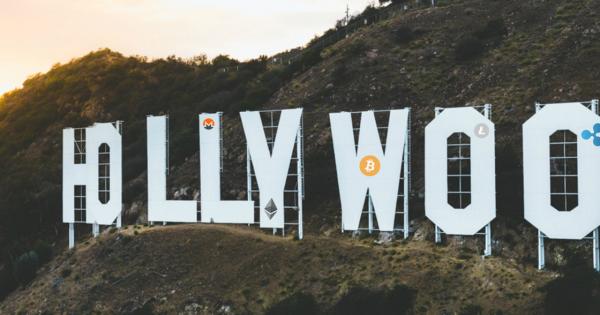 Photo by Ahmet Yalçınkaya on Unsplash

Cryptocurrency is rapidly merging with the world around us as adoption speeds up. One of the first places in which the crypto-world is fusing with the real world is through the lens of media and pop culture, with crypto now becoming popular amongst celebrities.

The potential impact of celebrity endorsement is not lost upon the canny marketers and PR firms that run engagement for blockchain platforms and initial coin offerings. Aside from the significant degree of influence celebrities hold over Twitter and other social media platforms, high-profile endorsements from celebrities also provide retail investors with confidence in potential investments.

As such, the frequency at which celebrity faces are appearing in the crypto ecosystem is increasing, for better or worse.

One of the most recent celebrity forays into the world of blockchain is the announcement that Snoop Dogg will be featured at an upcoming Ripple VIP gathering. In a recent Ripple news post, the platform stated that Snoop himself would be performing at an upcoming XRP community night occurring during Blockchain Week NYC this May.

“As special thanks to those who are building liquidity, validating transactions, developing on the XRP Ledger, looking to xRapid as a liquidity solution and sharing the good word about XRP’s many benefits, we’re hosting a special night. This VIP gathering will feature a live music performance by Snoop Dogg”

Ripple also announced that 10 tickets would be given way over Twitter in the weeks leading up to the event.

Win tickets to #XRPCommunity Night with @SnoopDogg on May 15 during #BlockchainWeek in NYC! More on how to win: https://t.co/wHOEVcjSkH pic.twitter.com/iPjQcySKTk

Snoop’s presence at the Ripple community night will not be the rapper’s first brush with the blockchain. In 2013, Snoop Dogg announced that his next album would be available for purchase with Bitcoin and delivered via drone — even going to far as to hit up Coinbase directly. The proposed partnership, sadly, did not come to pass.

My next record available in bitcoin n delivered in a drone.

Other notable celebrities getting on the blockchain train include Katy Perry, who recently posted an Instagram snap depicting her nails painted with the logos of popular high market cap cryptocurrencies, including Bitcoin, Ethereum, Litecoin and, interestingly, Monero.

Some celebrity cryptocurrency interactions are promotional or benign in nature, but others appear to be genuinely profitable. Rapper 50 Cent chose to accept Bitcoin purchases for the sale of his 2014 album Animal Ambition, for which he received over 700 Bitcoin.

At the time of album sales, BTC was valued at roughly $660 each. At today’s market price, however, the value of 50 Cent’s Bitcoin hoard is now valued at over $6.4 million dollars. At peak value in late 2017, the stash was worth over $14 million.

50 Cent is currently in the midst of a bankruptcy, however — in court documents tracked down by celebrity gossip news platform The Blast, the rapper states that he never handled Bitcoin himself when asked to testify regarding the current location of the BTC.

Posting on Instagram directly after the discovery of the fact that he possessed lost BTC, however, 50 Cent stated:

While 50 Cent’s forward-leaning decision may (or may not have) yielded significant profits, other celebrity endorsements of cryptocurrencies have not ended so well. DJ Khaled, who has a strong reputation as a relentless promoter, took to Twitter and Instagram to promote the Centra ICO.

In September 2017, Khaled posted both a Twitter and Instagram post promoting the new “Titanium Centra Debit Card,” detailing its features and the Centra Wallet app on his iPhone. Khaled’s enthusiasm regarding the crypto card ICO was short-lived, however — the Centra ICO was discovered to be a total fraud, with the owners attempting an exit scam only to be arrested in April this year.

Both founders are facing civil charges from the Securities and Exchange Commission and federal criminal charges. DJ Khaled has subsequently removed the Instagram post, but the Tweet promoting Centra remains.

Paris Hilton was one of the first celebrities to endorse a cryptocurrency, but the token endorsed — LydianCoin — didn’t exactly give the star the kind of attention desired. Shortly after endorsing the LydianCoin ICO, it was revealed that the founder of the ICO had been found guilty in 2014 of abusing his then-partner, a fact that damaged the Paris Hilton brand.

The LydianCoin launch appears to be running on borrowed time, with Alger currently facing potential jail time for violating probation and the SEC investigating ICOs across the board for potential securities law violations.

Since the news of Alger’s criminal history has broken, Hilton has deleted any tweets endorsing the LydianCoin ICO.

“If they know something is not right and they endorse it, there could be all sorts of fallout, including SEC action and even criminal charges if there is evidence of fraud,”

Not every celebrity active in the cryptocurrency ecosystem is flying blind — Ashton Kutcher, for example, is well-known for actively promoting Ethereum in its earliest days and is a key investor in the BitBay cryptocurrency exchange. Kutcher’s investment firm, Sound Ventures, is currently backing Unikrn, a relatively successful blockchain-based eSports prediction outcome platform.