Making the declaration in a recent “surprise” AMA (“ask me anything”) on his Youtube channel, Hoskinson further asserted that he has, in fact, never held any ETH — despite being one of the original founding members of Ethereum. He stated:

“I do not own any Ether. I have zero Ether. Historical fact — I’ve never actually owned any Ether my entire life. I was entitled to 293 thousand Ether — I didn’t take it. I told them: give it to someone else.”

Where the figure may appear generous, it constitutes less than 2.5 % of the project’s initial allocation — nearly 12 million ETH being set aside solely for the Ethereum Foundation during the July 2014 initial public sale. Today, Ethereum is the second-largest cryptocurrency by market capitalization, worth more than $45 billion at time of press.

Hoskinson did not detail his reasoning for denying the sum, yet one might point to the developer’s contentious exit from the Ethereum team. After a creative disagreement with Vitalik Buterin — who conceptualized the smart contract platform in 2013 — Hoskinson departed in June 2014. Speaking of his exit, Hoskinson told Forbes:

Hoskinson’s feelings of stagnation would appear to have been fleeting, however. In 2015, the Colorado-born entrepreneur and mathematician teamed up with former Ethereum colleague Jeremy Wood to found prominent blockchain firm IOHK — the creators of Cardano.

As previously reported by CryptoSlate, Cardano (ADA) is one of five coins currently being considered for addition by Coinbase:

Now the 8th most valuable cryptocurrency by market capitalization, Cardano’s success would presumably have paved the way for Hoskinson’s ascension to Forbes’ ‘Crypto Rich List’ — his net worth estimated at $500-600 million as of February 2018. 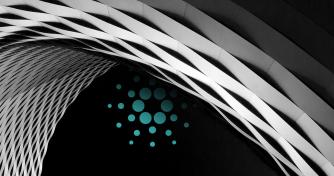 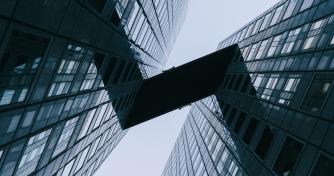