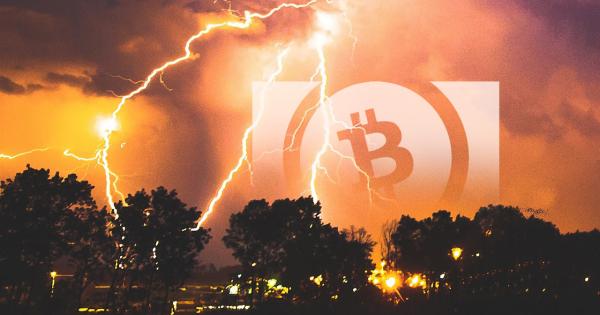 Roger Ver offered $1.25 million to OpenNode, a lightning network software company, to build on top of Bitcoin Cash. OpenNode declined, stating “our vision of a better, more open financial system is only possible with Bitcoin.”

OpenNode is a software company that is developing a payments stack for businesses. The company is developing software that makes it easy to deploy Lightning Network channels for retailers and the general public. Lightning Network is a series of smart contracts that allow people to transact with bitcoin without cluttering the main Bitcoin network; these transactions are instantaneous and almost fee-less.

The company received a $1.25 million seed investment from Tim Draper, according to Ver and multiple news sources. Timothy Draper is a renowned American venture capitalist.

During Roger Ver’s video recording, he stated that he doesn’t want to be on the tail end of an investment from Draper:

“I don’t want to be the opposite side of an investment from Tim Draper. He’s one of the smartest and best investors in the entire world. But, I don’t think Tim has looked at the math on this. Is he willing to wait decades to onboard people? You’re making a mistake in doing that. Lightning Network would work far, far, far, far better on a system that doesn’t have a limit to the size of the blocks, like Bitcoin Cash than it will on BTC. [sic].”

The math Roger Ver is referring to is his analysis performed in the video. During the video, Ver takes a spreadsheet and makes approximations as to how long Lightning Network would take to scale to the entire world. He then compares that to Bitcoin Cash in its current iteration, factoring in Moore’s and Nielsen’s Laws, which are commonly accepted assertions that computing power doubles approximately every 18 months.

There are a few shortcomings with Ver’s analysis, especially around the assumption that both Bitcoin and Bitcoin Cash will be stagnant, with no upgrades or updates whatsoever, over the next 100 years. Furthermore, Roger Ver does not account for improvements to the Lightning Network, which is already gaining considerable traction.

Roger Ver, using these assumptions, then makes an offer to OpenNode to develop their technology on BitcoinCash:

“I have an offer for the OpenNode team and Tim Draper. You [Draper] invested $1.25 million in OpenNode, a Bitcoin-only payments processing startup. Well Tim, I’m offering to match your $1.25 million investment in OpenNode, with no strings attached equity-wise. I don’t need one share [of equity] whatsoever. All I require is that OpenNode actually starts working on payment processing for Bitcoin Cash, the version of Bitcoin that has the most Bitcoin-ness about it.”

Thanks for the $1.25MM offer @rogerkver, but we’re going to have to turn it down. Our vision of a better, more open financial system is only possible with Bitcoin. #bitcoin4everydayhttps://t.co/4tbavwnXXb

The decision could have been influenced by a number of factors, including the recent split between Bitcoin Cash and Bitcoin S.V. According to OpenNode, the company has chosen to service Bitcoin exclusively for the following reasons:

“Bitcoin’s network is a decentralized cryptographic blockchain that has never been hacked or compromised since its inception. It is the most secure, liquid, and longest working blockchain. We are only providing businesses with the ability to accept bitcoin because we want to protect our users as best we can by limiting their exposure to the broader token market.”

The Bitcoins at Battle

Roger Ver’s critique of Bitcoin Cash highlights the deep schism in the BTC community. Those in the BTC community claim that BCH is openly attempting to mislead people through its revisionist history, buying domains such as Bitcoin.com and the Twitter handle @Bitcoin in an attempt to mislead people to believe that Bitcoin Cash is the ‘original’ Bitcoin.

On the other end of the spectrum, those who support BCH say that the technology is a “truer” representation of Satoshi Nakamoto’s vision of peer-to-peer electronic cash. Those in the Bitcoin Cash community claim that Bitcoin supporters are unwilling to implement “common-sense” changes to improve the protocol.

It appears that OpenNode sides with Bitcoin core on this one. Regardless of the limitations with Bitcoin, fans are confident that the protocol will scale and become one of the world’s widely-used payment solutions.