Bitcoin has seen some notable overnight volatility, with the benchmark cryptocurrency’s buyers struggling to maintain the support that had been established within the lower $7,000 region. 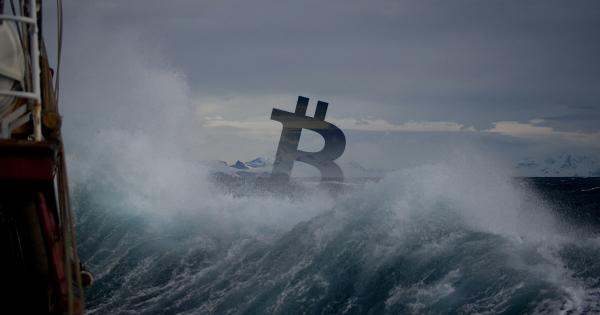 Photo by Torsten Dederichs on Unsplash

Bitcoin has seen some notable overnight volatility, with the benchmark cryptocurrency’s buyers struggling to maintain the support that had been established within the lower $7,000 region.

The decline below this support has marked a bearish resolution to the consolidation phase that the crypto had been caught within, with this potentially doing some technical damage to the cryptocurrency’s market structure.

One interesting phenomenon that has occurred in tandem with this price decline is a major upswing in the crypto’s open interest, which is an indicator that is often looked towards for insight into whether or not a big movement is imminent.

In general, the past several days have been positive for Bitcoin, with the benchmark cryptocurrency climbing from lows of $6,600 to highs of $7,500 – which is around the place at which the crypto met insurmountable resistance.

The rejection at this level led Bitcoin to enter a bout of sideways trading within the lower-$7,000 region, with strong support being established around $7,100.

Now that this support has been lost, its next key support level exists around $6,800, with this level slowing BTC’s descent overnight.

One factor that could contribute to this volatility in the days and weeks ahead is the fact that Bitcoin’s open interest on popular crypto trading platform BitMEX has ballooned over the past day, according to data from Skew.

This number, which indicates the dollar-value of the open positions on the platform, tends to impact Bitcoin’s price action in two primary ways.

Firstly, it indicates that retail traders are anticipating the asset to make a large movement, with this number declining during periods of consolidation and climbing when the crypto shows signs of a big movement being imminent.

Climbing open interest also perpetuates volatility, as the larger quantity of positions can help magnify both upside and downside movements.

Will this volatility favor bulls or bears in the mid-term?

One factor to consider while pondering Bitcoin’s mid-term outlook is the fact that this latest decline marked a downside break of an ascending trendline that has been leading BTC upwards in the time since its capitulatory decline to lows of $3,800 on March 12th.

One popular pseudonymous trader named CryptoBirb on Twitter pointed to the break below this trendline in a recent tweet, bearishly noting that it opens the gates for a downside movement to $5,300.

If BTC loses the support at $6,800 and begins reeling lower, it is possible that it will see an intense mid-term downtrend that is fueled by the crypto’s rising open interest.