Bitcoin has ended a six-month streak of losses, closing February up 11 percent. 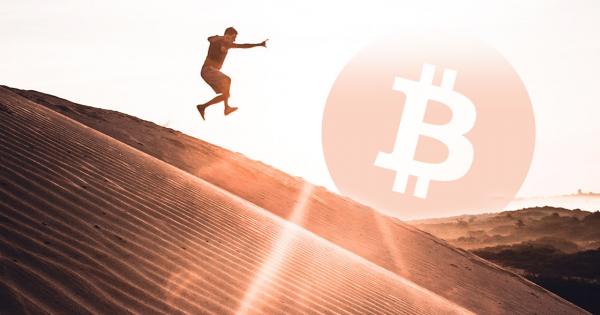 Bitcoin has ended a six-month streak of losses, closing February up 11 percent. This is the fifth consecutive year Bitcoin has closed February while in the green. While some day traders are using the opportunity to take profits, others are going long with the belief that the bear market could be coming to an end.

Last year’s crypto winter has been long, with mounting losses forcing many to reconsider their investment. Crypto companies across the globe have also suffered, as even the biggest players in the industry weren’t immune to the downturn.

However, as 2019 progresses, investors are hopeful that the recent trend of upwards movement is salient. One of the most notable indicators of market sentiment is, of course, Bitcoin. The value of the world’s largest cryptocurrency almost always mirrors the current state of the market.

As such, news that the coin is ending its longest losing streak, allegedly in the coin’s entire history, has breathed optimism into the industry.

On Feb. 28th, bitcoin’s price hovered within a narrow price range, experiencing a small gain of 0.2 percent at the end of the day, finishing at $3,818. Trading volumes have also reached levels relatively high compared to the bulk of 2018, with $8.4 billion traded on cryptocurrency exchanges, indicating a higher likelihood of near-term price movement.

$BTC In 34 minutes, we will end the biggest monthly losing streak in Bitcoin's history.

What It Means for the Market

According to aggregate price data from CoinMarketCap, bitcoin has closed the month up 11.2 percent. While relatively modest compared to previous Februaries, the 11 percent increase means that the coin’s six-month-long losing streak is over.

And despite much of that growth happening from Feb. 18th to Feb. 24th when bitcoin passed the $4,000 mark, it could still represent a noticeable improvement in the market.

However, while the month ending in the green is almost universally considered a good sign by traders, many crypto investors remained skeptical about bitcoin’s stability at current price levels. A number of crypto Twitter personalities pointed out that the hype generated by February’s rally could spell trouble for the coin, arguing that it might fuel sell-offs as some traders take profits. Others suggest that this is a temporary improvement and that the bear market will continue through the summer.

Overall, the overwhelming sentiment surrounding bitcoin’s recent movement could be characterized as cautious. Experienced traders and investors are looking for more sustainable growth in order to declare the winter “over.”