Bakkt, the fully-regulated institutional US exchange for cryptocurrencies, reported the highest-ever volume for its Bitcoin futures product yesterday, after several dismal months. 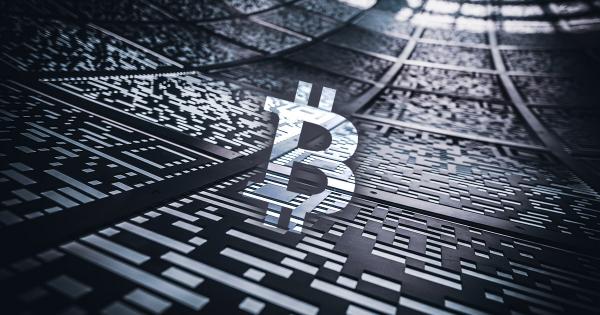 Photo by Boris Bobrov on Unsplash

Bakkt, the fully-regulated institutional US exchange for cryptocurrencies, reported the highest-ever volume for its Bitcoin futures product yesterday, after several dismal months.

The demand came on the back of enterprise software firm MicroStrategy stating it scooped up an additional $175 million in Bitcoin yesterday.

Bakkt said it traded over $200 million in its 15,955 Bakkt Bitcoin futures product on Tuesday, a 36% increase from its previous all-time high.

Another record day in the books for our physically delivered futures:

15,955 Bakkt Bitcoin Futures were traded today, representing over $200M of volume and a 36% increase from our previous all-time high ?

Despite the figures, the exchange pales in comparison to most crypto exchanges that offer a similar futures product. For example, the daily volume on Bitcoin futures on Binance and OKEx was over $2.3 billion and $2.1 billion respectively on Tuesday alone — ten times as much as Bakkt’s, as per data on on-chain analytics firm Skew.

Meanwhile, the open interest (OI) on Bakkt — a metric that calculates the number of contracts or commitments outstanding in futures and options trading on an exchange at any time — was just $13 million. In comparison, OI on OKEx was a mammoth $881 million, while that on BitMEX was $803 million.

Still, the $200 million on Bakkt shows substantial interest from regulated firms interested in gaining exposure to Bitcoin with Bakkt’s physically-delivered futures product — one that deposits Bitcoin to investors upon expiry instead of US dollars.

The development came as US software provider MicroStrategy announced it purchased another 16,000 Bitcoin, worth $175 million, yesterday. The purchase brought the firm’s total Bitcoin holdings to be valued at over $375 million, with MicroStrategy touting Bitcoin’s properties as a hedge against inflation on traditional currencies as a reason behind its decision.

Crypto fanatics once regarded Bakkt as Bitcoin’s “killer app” — a so-called slang for products/services that revolutionize industries and rival products.

The @Bakkt news is arguably the most bullish event for institutional investors in the history of bitcoin. PHYSICALLY delivered futures (require the holder to either produce actual bitcoin or take delivery from the exchange) backed by the New York Stock Exchange. We are maturing.

However, since its launch in September 2019, Bakkt has no substantial metric or use case to boast about. On the first hour of trading post-launch, only five contracts changed hands. At the end of the session, only 28 contracts were traded — a number smaller than the worse ranked crypto exchanges.

The exchange’s main selling point — that of physical-settled Bitcoin futures — turned out a disappointing farce. Only 63 percent of contracts were reportedly settled in the digital currency.

Still, with the volumes it recorded yesterday — it may be wise to write off Bakkt as a contender in the Bitcoin futures space just yet.