Over the last week, Bitcoin’s trading volume has been fading away. 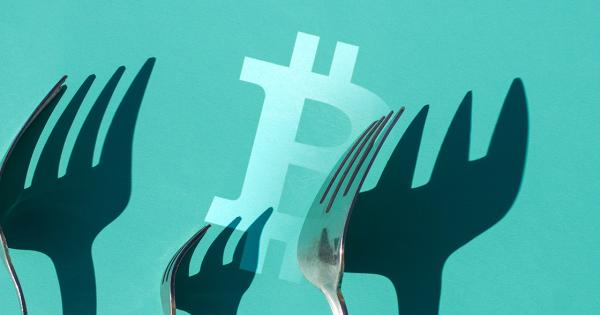 Over the last week, Bitcoin’s trading volume has been fading away. On July 15, it surpassed $25 billion, but over the past few weeks, it dropped to around $14 billion today. As BTC’s volume continues declining, its price seems to have gotten stuck in a $600 trading range between $9,900 and $9,300 without any clear signs of a breakout.

A similar pattern can be seen throughout the entire crypto industry, leading investors to believe that the market has entered a consolidation phase. Despite the uncertainty in the market, this technical analysis will try to determine what the future holds for some of the top Bitcoin hard forks, including Bitcoin Cash, Bitcoin SV, and Bitcoin Gold.

After reaching a yearly high of $518 on June 22, Bitcoin Cash retraced over 50 percent, dropping to $255 on July 15. Now, BCH has spent the last week trading between the 38.2 and 50 percent Fibonacci retracement zone without any major outbreak.

BCH price action could have been reduced over the last few days due to the uncertainty that can be perceived across the industry. Nonetheless, the Fibonacci retracement indicator could help identify the different price points that will act as barriers preventing a push in any direction if volatility hits the market once again.

When looking at the 1-day chart, it seems like the bearish scenario is more likely to happen than the bullish one–a bear pennant appears to be developing under this timeframe predicting a further retracement.

This is considered a continuation pattern that was formed after the significant correction that took BCH from $430 to $270, known as the flagpole, which was followed by the current consolidation period, known as the pennant, and could lead to a breakout in the same direction as the initial movement. As a result, this bearish formation forecasts a 32 percent drop to around $200, which is taken by measuring the height of the flagpole.

However, before taking a stance on the direction in which Bitcoin Cash will breakout, it will be worth taking a look at the 4-hour chart. Under this time frame, it can be seen how the Bollinger bands are squeezing, which indicates BCH has entered a consolidation phase. Squeezes are typically followed by periods of high volatility.

Based on the 12-hour chart, it seems like Bitcoin SV could actually test the 50-day moving average since a bull flag appears to be developing. This is considered a continuation pattern that was formed after the upswing that took BSV from $108.5 to $188.7, known as the flagpole, which was followed by the current consolidation period, known as the flag, and could lead to a breakout in the same direction as the initial movement. The bull flag oversees a 41 percent surge to around $200, which is exactly where the 50-day moving average is trading at.

On the 3-day chart, after failing to break above the $31.5 resistance level Bitcoin Gold has dropped down to the $18 support level. This is an important level for BTG since in the past it has been able to prevent its price from being pushed down on multiple occasions.

Based on historical data, the $18 support level will likely hold and serve as a rebound point taking the price of Bitcoin Gold to test the different levels of resistance ahead, such as the $21.8 and $25.8. However, a break below this support cluster could cause a further correction to $15.5 or $12.3.

The TD Sequential Indicator on the 1-day and 12-hrs adds credibility to the idea that the $18 support level will hold. Based on this technical index, a buy signal has been given under both time frames in the form of a red nine, which predicts a 1 to a 4-day upswing. If the bullish signal is validated by a green two candlestick trading above a green one, then BTG could go up to the setup trendline that sits around $27.

It is worth noting that the buy signals given by TD Sequential Indicator will be invalidated if there is a red two candlestick trading below a red one. Under this condition, BTG will have the potential to break below the $18 support level and test the support levels previously discussed.

After the major correction that has impacted most of the crypto market, some of the Bitcoin forks are showing signs of an upcoming rise. Even though Bitcoin Cash is forming a bear pennant that is targeting a 34 percent decline, a move above $326 could change the bearish outlook and take it back into the bullish side.

Meanwhile, different technical patterns in Bitcoin SV and Bitcoin Gold appear to be signaling that they will potentially resume their upward trend soon. It remains to be seen whether these cryptos are able to break above their respective resistance levels with enough volume to propoel them to the bullish targets presented in this technical analysis.