Recent data revealed that every time Bitcoin has seen a pullback of 30 percent or more, it was always followed by a sharp rally. 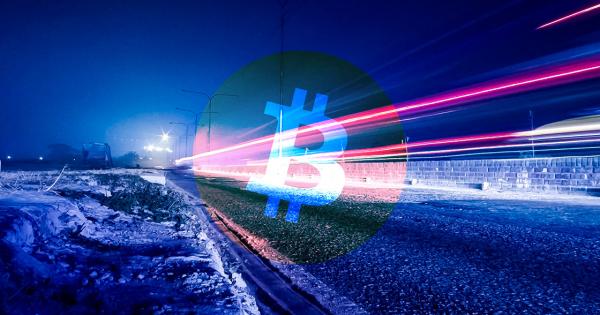 Recent data revealed that every time Bitcoin has seen a pullback of 30 percent or more, it was always followed by a sharp rally. The world’s largest cryptocurrency gains, on average, 153 percent after every price drop, meaning that there will still be plenty of buying opportunities even in the bull market.

Impending parabolic run or another pullback?

Following a year-long bear market, Bitcoin’s latest rally has left many traders expecting a major pullback. Analysts predicted that Bitcoin could drop to as low as $6,000 after it failed to break resistance at $8,300.

A slight move downward caused a frenzy among traders, as many thought it would be their last chance to get in on Bitcoin and profit from short term trading. However, Bitcoin managed to recover and climb back to around $8,000.

While some experts agree that a parabolic run is imminent, there has been major disagreement on whether or not a major pullback will precede the next bull run.

According to Josh Rager, a popular cryptocurrency analyst and trader, a pullback of at least 30 percent will come “eventually.” He believes that there will be several strong pullbacks before the world’s largest cryptocurrency reaches the next ATH.

Rager also noted that there were at least nine pullbacks in the last accumulation and uptrend cycle, so traders should jump onto those buying opportunities.

Yes, eventually. If history repeats, there should be plenty of strong pullbacks on the way to next peak ATH

Plenty of buying opportunities ahead, don't let it shake you pic.twitter.com/fMnhKzlpA8

The growing price of Bitcoin has discouraged many first-time traders looking for a quick profit, but Rager noted that there could be major gains in short-term trades.

But we didn't discuss how buying these pullbacks can reap rewards

The average gain after a 30%+ pullback was over 153% profit before the next strong pullback pic.twitter.com/vy08Dx5XbU

He explained that with every pullback Bitcoin has seen an average gain of more than 153 percent.

When asked when he thought that a 30 or 40 percent pullback was coming, Rager said that he was originally eyeing the $9,200 to $9,600 area for it, but that he wasn’t sure whether these predictions were right.

Other have pointed out that Bitcoin’s drop from $8,400 to $6,400 could have been the correction the market was expecting, despite it being less than 30 percent.

While there doesn’t seem to be a consensus on whether Bitcoin has already had its pullback or is yet to come, what everyone can agree is the fact that cryptocurrencies move in cycles. Thomas Lee, the managing partner at Fundstrat Capital, said that Bitcoin generally generates most of its gains within 10 days out of a year.

2/ Reminder that BTC generally generates all of its performance within 10D of any year.
–ex the top 10 days, BTC is down 25% annually since 2013 pic.twitter.com/zoEocEEZvu

Bitcoin managed to surpass the $8,000 in the early trading hours of May 24 and has recovered from yesterday’s 5 percent pullback.