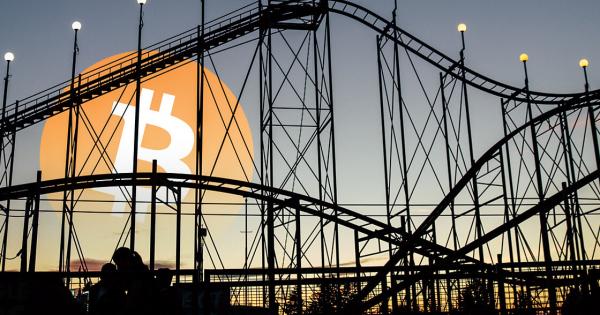 In November 2017, Bitcoin had a speculator jump from $7,800 to almost $20,000 a month later. Now, traders and enthusiasts are scrambling to predict when the next bull run will happen.

As the world’s largest cryptocurrency finally broke the dreaded $8,000 mark earlier in May, many analysts saw this as a clear sign that the bear market was finally over.

Their optimistic predictions are not without base—after plunging to just $3,150 in December 2018, Bitcoin’s year-to-date price surged by 113 percent. While Bitcoin managed to jump to $8,000 in just 6 months, most of its growth happened in April and May.

Thomas Lee, the co-founder of Fundstrat Global, said that Bitcoin historically recorded the majority of its gains over a handful of days.

2/ Reminder that BTC generally generates all of its performance within 10D of any year.
–ex the top 10 days, BTC is down 25% annually since 2013 pic.twitter.com/zoEocEEZvu

Lee noted that BTC generally generates all of its performance within a 10-day window, an observation confirmed by cryptocurrency researcher Alex Saunders. Saunders said that the last time Bitcoin hit the $8,300 mark, it only took 13 days to achieve a new all-time high at $20,000.

Could the next jump happen faster than expected?

While most predictions about the future of Bitcoin are optimistic, there seems to be a lack of consensus among traders on when another bull run will happen.

Last bull market, this is how fast bitcoin moved:

Now consider the fundamentals today vs 2017.

When taking into account the fact that no major financial institutions were trading cryptocurrencies and that there were just a handful of places scattered across the globe that accepted BTC payments, it’s really in the wake of 2017 that crypto saw a major breakthrough for adoption.

There is an argument to be made that Bitcoin will be able to reach its ATH much faster in 2019, as the entire crypto industry has seen unprecedented expansion.

Earlier in May, the same user pointed out that the last time Bitcoin broke the $8,000 mark no major companies or financial institutions were backing it.

Microsoft wasn't building on it.

Bakkt wasn't launching with it.

And now—with support from major institutions, investors, and companies—Bitcoin has the potential to reach heights that weren’t possible before.