The United States stock market has had a great past few days, with all of the benchmark indices rallying as bulls attempt to establish a long-term bottom. 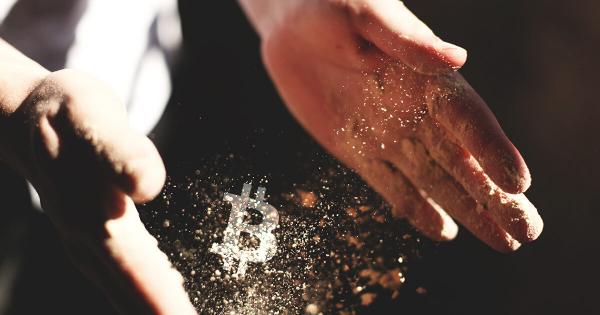 The U.S. stock market has had a great past few days, with all of the benchmark indices rallying as bulls attempt to establish a long-term bottom. Bitcoin has only been able to catch a portion of this momentum, however, as the cryptocurrency is currently facing insurmountable resistance just below $7,000.

Bitcoin’s lack of momentum against the equities market’s bullish backdrop has left some investors scratching their heads, as BTC has recently found itself exposed to all of the traditional market’s downside, but not all of its upside.

This has led some crypto critics to rejoice, noting that this ongoing decoupling appears to be a bear-favoring phenomenon.

The U.S. Senate’s recent passing of a massive $2 trillion stimulus package has boosted investors’ confidence, seemingly leading many to believe that the injection of capital into the economy will be enough to curb the impacts of the COVID-19 pandemic.

Yesterday, the Dow Jones was able to rally over six percent to 22,550 points, marking a notable rebound from its lows within the mid-18,000 region.

All the other benchmark indices have been able to surge as well, with the S&P 500 also climbing six percent while the Nasdaq jumped five percent.

Bitcoin, in the meanwhile, has continued consolidating within the upper-$6,000 region, with its recent rejection at $6,900 signaling that the selling pressure that exists at this level may be insurmountable.

This overt decoupling from the stock market comes after multiple weeks of Bitcoin closely tracking the benchmark indices every move, with it being unclear as to why this correlation is breaking now.

Prominent Gold bug praises BTC’s decoupling, but not for the reason you may think

Peter Schiff – a well-known Bitcoin hater and an outspoken Gold advocate – boasted about Bitcoin suddenly becoming a non-correlated asset in a recent tweet, pointing out that all assets except for BTC have been able to rally yesterday.

“Congratulations Bitcoin hodlers. It looks like Bitcoin may actually be living up to its status as a non-correlated asset after all.  Every asset class is rallying today except Bitcoin!”

Although this ongoing decorrelation may be a bad thing in the near-term, if the economic damage created by the frozen economy eventually catches up with the markets and sparks another bout of intense selling pressure, Bitcoin investors may soon gain the upper hand.