The Federal Reserve is taking a stronger approach than it did during the 2008 financial crisis to slow down the downtrend of the United States economy. 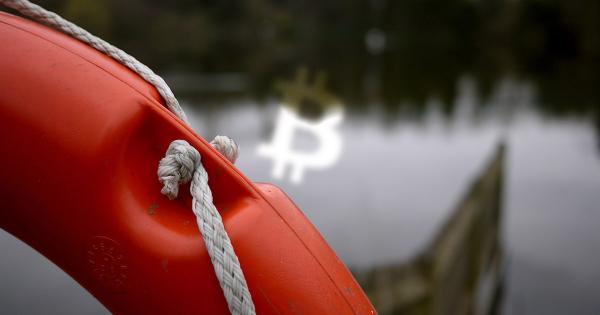 The Federal Reserve is taking a stronger approach than it did during the 2008 financial crisis to slow down the downtrend of the U.S. economy. The crypto market has been rallying in tandem with U.S. stock market futures, reducing fear in the market for the first time since early March.

The Fed will be able to buy fixed income ETFs soon

From there, not a huge leap to equity ETFs pic.twitter.com/azgbEfwt17

The Dow Jones has hit “limit up” after surging by nearly 1,000 points in pre-market trading. The Bitcoin price increased by 15 percent, closely following the trend of the U.S. stock market.

Up until March 23, top traders in the crypto market were anticipating a steep pullback for Bitcoin in the short-term.

Many described the sudden upsurge of Bitcoin to $6,600 as a fakeout, and it did correct to around $6,100 almost immediately after its price spike.

However, the crypto market has started to see a steady increase in momentum over the past 12 hours, leading the Bitcoin price to surpass $6,800.

The $6,800 level for Bitcoin has often been regarded as a “break it or make it” resistance area that determines another extended rally for the crypto market or the resumption of a downtrend.

The Fed has ironically given the crypto market a crucial lifeline in the short-term; its fiscal policies alleviated significant pressure off of equities, which eventually translated to a heightened appetite for high-risk assets.

Last week, all types of assets regardless of their risk-on, risk-off, or safe haven characteristics, plunged as the U.S. stock market recorded historic levels of sell-off.

Led by gold, single stocks and crypto assets have started to rally at the start of the week, sparking optimism for a relief rally after weeks of correction.

One positive factor for cryptocurrencies in the short-term

Much of the buying demand in the past three days have come from the spot market. The open interest of major futures, which reflect the total amount of longs and shorts open at a certain time, has nearly halved across major exchanges.

Prior to the sudden crash of Bitcoin to $3,600 on March 12, the open interest of BitMEX’s perpetual swaps futures contract for Bitcoin was hovering at $1 billion.

According to Skew.com, the open interest of XBTUSD on BitMEX is now at a mere $370 million.

The shift in volume from futures exchanges to spot trading platforms indicate that actual retail investors have been moving into the crypto market, possibly due to the low prices of major crypto assets including Bitcoin.

The price of Bitcoin has nearly doubled since reaching $3,600, and renowned technical analysts anticipate the Bitcoin price to rise to as high as $7,500 to $8,500 in the near-term.

The dominance of spot volume has allowed the crypto market to remain more resilient than before, recovering quicker to abrupt pullbacks with reduced volatility.

As CryptoSlate reported, BitMEX was criticized by investors and key industry players in recent weeks. Some have said that the bitcoin price could have theoretically plunged to $0 earlier this month, as a result of an unprecedented cascade of long contract liquidations.