The global markets have been caught within extreme turmoil over the past several days, with the rapid spread of the Coronavirus striking fear into the heart of investors. 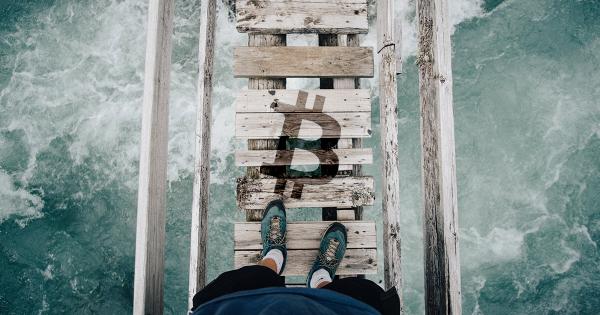 The global markets have been caught within extreme turmoil over the past several days, with the rapid spread of the Coronavirus striking fear into the heart of investors. This has led the Dow Jones to plummet, with the decline of traditional markets also coming alongside a strong Bitcoin correction.

This turmoil — which has transcended asset class — is showing no signs of slowing down anytime soon and could potentially grow much worse as the deadly virus continues to spread across the globe.

In the case of Bitcoin, one veteran analyst is now noting that this latest drop has led the crypto to confirm a highly bearish technical pattern, meaning that it is currently in a precarious territory.

At the time of writing, Bitcoin is trading down just under 1 percent at its current price of $8,900, which marks a notable climb from daily lows of $8,500 that was set at the bottom of its overnight selloff.

This recent turbulence has shown signs of being correlated to that seen within the traditional equities markets, which are similarly seeing some incredibly bearish price action.

Currently, the Dow Jones is trading down nearly 2 percent, with today’s decline marking a nearly 800-point drop to 26,390. If the benchmark index closes the day below roughly 26,600, it would mark an over 10 percent decline from its recently established all-time highs.

It remains unclear if Bitcoin’s recent decline is truly correlated to that seen by the Dow Jones and other indices, but it is clear that the Coronavirus’s rapid spread is striking intense fear into investors.

Peter Brandt, a prominent veteran trader and analyst, told his over 325k Twitter followers that Bitcoin is in the process of forming a highly bearish head and shoulders pattern, which could lead it significantly lower in the near-term.

“The fact that BTC could not rally in the face of the advance by Gold prices and drop in equities was a tell.”

In the near-term, it is probable that the global markets will continue to see heightened instability, with Bitcoin plummeting due to technical weakness while the Dow Jones and other major indices declined as investors anxiously await the economic impacts of the Coronavirus to begin surfacing.

Why the analyst who called Bitcoin’s crash to $3,000 believes market could crater