Russia has enjoyed an on-and-off relationship with cryptocurrencies, with ever-changing regulations and official perceptions fluctuating between periods of yes crypto and no crypto. 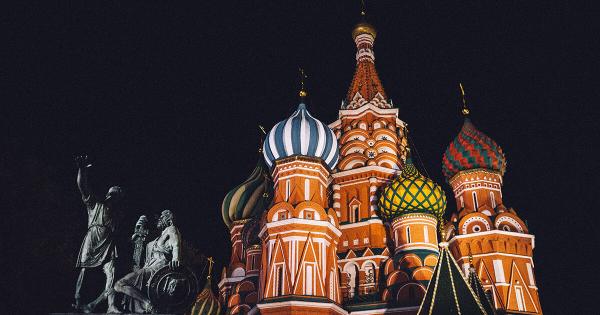 Photo by Jaunt and Joy on Unsplash

Russia has enjoyed an on-and-off relationship with cryptocurrencies, with ever-changing regulations and official perceptions fluctuating between periods of yes crypto and no crypto.

But a recent speech by Russian Prime Minister Mikhail Mishustin put some light on the why behind the shaky policies.

As per a transcript, the official said that Bitcoin and crypto users must be protected by the Russian government regardless of whether the cryptocurrencies themselves are actually regulated or not. This is mainly to ensure the “new tool” moves in a “civilized direction,” he stated.

Mishustin said that interest in cryptocurrencies and digital currencies alike was growing around the world, but it required strict policies in place to prevent scams, frauds, and other malicious actors from taking precedence over the usual, legitimate usage of crypto channels.

He added protective regulations also protect the “rights and interests” of Russian citizens, and would prevent “shadow schemes” to burgeon and operate.

The worries are not overstated. This year alone, the crypto sector already saw hundreds of millions of dollars lost to hacks, frauds, or outright scams, adding to the record $4 billion stashes attained by hackers in the last year. Experts say that such activities are only expected to grow further, proportional to the growth of the crypto market.

Mishustin said citizens would soon a reformation of the Russian tax code, in terms of changes to how cryptocurrencies are recognized (as a property) in the country. This would in turn allow crypto users and owners to take any illegal activity to court and take part in a fair trial.

Such changes have already been proposed in the country’s Ministry of Finance amendments from last year. These include, but are not limited to, the obligation to report one’s cryptocurrency holdings and legal proceedings against those who don’t.

The changes would be a welcome sign for Russia’s local crypto market, which does not have laws regarding the asset class at present (despite huge interest). Despite that, Bitcoin has found itself linked to Russia numerous times.

Perhaps the most illustrious was that of the US government alleging in 2018 that Russian officers used Bitcoin to fund illegal activity and manipulate elections in the country. Then came a (questionable) report that Russia was planning to purchase $10 billion worth of Bitcoin in order to “ditch the US dollar.”

But nothing more was heard since.

Alfa-Bank and Sberbank — two of Russia’s largest players in the banking market — are currently in the testing phase of cryptocurrency-based investment options geared toward its retail investors, local Russian news Kommersant reported back on June 15th.