Why Cardano’s Ouroboros will be a game changing protocol, according to its chief scientist

Cardano’s proof-of-stake protocol is set to bring about unprecedented decentralization, but the mechanisms that drive it are still a mystery to many. 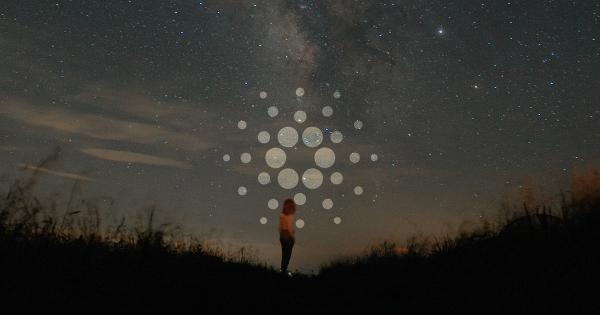 Cardano’s proof-of-stake protocol is set to bring about unprecedented decentralization, but the mechanisms that drive it are still a mystery to many. Cardano’s chief scientist professor Aggelos Kiayias dove deep into Ouroboros and detailed the principles on which the ambitious protocol is based on.

The problem of building decentralized systems

Persistence and liveness—these are the hallmarks of successful distributed ledger systems, according to professor Aggelos Kiayias, the chief scientist at Cardano. However, it seems that systems based on the simplest premises are the hardest ones to deliver.

Kiayias dove deep into the problems decentralized systems face and provided a detailed view on how Cardano’s Ouroboros managed to solve those problems.

The persistence and liveness he mentioned are a promise of a consistent view to all participants of a system and a guarantee of responsiveness to the continuous flow of events that result from their actions. This is fairly straightforward and easy to achieve in a centralized system, but gives the system a single point of failure and makes it vulnerable to attacks.

Designing a robust decentralized system is a much more complex task, as they require developing models that systematically encompass all the different threats the system might encounter and prove that both persistence and liveness are upheld at all times.

Therefore, a well-designed decentralized system will continue to function even if some of the parties in it deviate from proper operation. The system should be designed in such a way that it could handle even more significant deviations in its operation without suffering too much damage.

A reliable decentralized system would combine formal guarantees against various types of failure and attack models, with the biggest and most important class of failure being the Byzantine models.

Byzantine models guarantee that the persistence and liveness of the system will be maintained even if a large part of participants in the network arbitrarily deviate from the network’s rules. The second, but equally important class is models of rationality, which assumes that all participants of the network are rational utility maximizers which is why the properties of the system should arise from their pursuit of self-interest.

According to Kiayias, what makes Ouroboros unique as a protocol is the fact that it combines various design elements that consider both Byzantine and rational behaviors described above.

Namely, Ouroboros uses stake as the primary resource to identify the leverage participants have in the system. Apart from being resistant to attacks native to Proof-of-Work protocols, such as the 51 percent attack, staking makes Ouroboros more environmentally friendly as it requires minimal physical resources to run.

Ouroboros also guarantees the dynamic availability a proof-of-work system never could—Kiayias said that the protocol continues to operate even if an arbitrarily large number of participants decide not to stake and maintain the ledger.

“Of those participants who are active, barely more than half need to follow the protocol—the rest can arbitrarily deviate,” he wrote in the blog post.

In fact, Ouroboros could even tolerate spikes above the 50 percent threshold as long as they don’t last too long. This flexibility allows Ouroboros to be more resilient and adaptable than the classical Byzantine fault tolerance protocols and their model adaptations. These protocols need to have a relatively certain prediction of the participation they expect from the network in order to work—any deviation could easily cause them to stop operating.

Another thing that sets Ouroboros apart from other PoS protocols is its trustlessness. Kiayias explained that the process of joining and participating in the protocol doesn’t require the availability of any special shared resource such as a checkpoint. When engaging in the protocol requires nothing more than the public genesis block of the chain and access to the network, it eliminates the point of failure that is a trusted shared resource.

But, no matter how advanced these features are, it takes more than a well-designed network to attract users. This is something that IOHK spent a lot of time and effort on when designing Shelley, Cardano’s proof-of-stake era. Knowing that a well-oiled machine is essentially worthless without someone driving it, Cardano introduced a fairly advanced rewards mechanism.

While payouts for those staking their coins on the network are nothing new, Ouroboros incorporated a reward-sharing mechanism that incentivized network participants to organize themselves in operational nodes. These nodes, known to most as stake pools, offer a quality of service independently of how stake is distributed among the user population, Kiayias said:

“In this way, all stakeholders contribute to the system’s operation – ensuring robustness and democratic representation – while the cost of ledger maintenance is efficiently distributed across the user population.”

However, encouraging the creation of organizations can inadvertently lead to centralization. This wasn’t overlooked when designing Ouroboros, which comes with its own set of countermeasures that de-incentivize centralization. With a tight control over stake pools, the protocol prevents a situation in which only a handful of operators would be responsible for maintaining the blockchain.

There’s more to Ouroboros than meets the eye

While the developments inside Cardano seem to be happening at lightning speed recently, in reality, work on the protocol began all the way back in 2015 when the blockchain was first announced. Scratching the surface reveals an almost incredible amount of research that went into Ouroboros, which is something Kiayias proudly described in his post.

He noted that the design elements of Ouroboros were never to be self-evident to the average protocol user. Instead, they were delivered in peer-reviewed papers with meticulous documentation attached to them. All of the papers published on Cardano, of which there are so far more than 50, have appeared both in conferences and publications in the area of cryptography and cybersecurity.

Each of those papers is explicit about the specific types of models used to analyze the protocol and lays out the results derived from them in concrete terms.

“Building an inclusive, fair and resilient infrastructure for financial and social applications on a global scale is the grand challenge of information technology today.”

This is why Ouroboros is considered to be a game-changing protocol in the industry—not only does it present unique characteristics available to all through its open-source code, but also in presenting a design methodology that highlights first principles, modeling, and analysis.