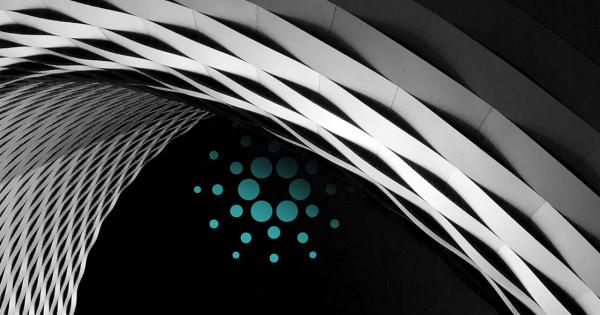 Since IOHK released the “Cardano whiteboard and overview with Charles Hoskinson” video in October 2017, the company introduced major improvements to the platform, and Hoskinson was there to give the public more insight into the company’s roadmap.

Hoskinson spoke about the progress of Cardano and revealed the platform’s roadmap. Hoskinson appeared on the Ivan on Tech YouTube show on Apr. 8 alongside Michael Payton Jones, a compiler engineer, and Manuel Chakravarty, the leader of the Plutus team.

The discussion entailed issues surrounding Cardano and platforms based on functional programming languages in general. While there were dozens of different topics discussed, the interview gained the most traction thanks to Hoskinson’s detailed insight into Cardano and the progress that has been made on the platform.

Many members of the close-knit Cardano community have been waiting for Hoskinson to give an in-depth interview since IOHK, the company tasked with managing and developing Cardano, released the “‘Cardano whiteboard and overview with Charles Hoskinson” video in October 2017.

While the video helped put Cardano on the map, the project had actually been around for quite sometime before the Oct. 26 video. In the interview, Hoskinson explained that Cardano actually started back in 2015 as an aspirational project. After realizing the troubles Ethereum faced, despite the platform being technically more advanced than Bitcoin, Hoskinson set out to gather a team of developers that could solve those problems.

He explained that Ethereum’s Solidity couldn’t be used across different blockchains as it couldn’t offer the three main attributes a programming language should have—simplicity, conciseness, and proof of correctness. This lead Hoskinson to consider a functional programming language as an all-encompassing solution for the problems blockchains face.

Apart from making it easier to deal with distributed systems, the small base of the functional code makes it easier to discover bugs and other problems. Some of the popular functional programming languages include Scala, Haskell, Erlang, and OCaml. They also enable easy parallelization and are heavily used by investment banks and other financial institutions because they are considered safer, more predictable, and faster than object-oriented programming languages.

This allowed Cardano to have measurably more functionality than Bitcoin’s network. Hoskinson himself said the problem with Bitcoin was that:

“It’s blind, deaf, and dumb, and you can’t really do much with it.”

It was created in order to test the possibility of transferring money without the need for a third party—which it successfully proved. However, once it came to expanding its use, it began lagging behind competitors, such as Ethereum and EOS.

Despite major improvements to the Plutus and Rust updates, the audience of the Ivan on Tech live stream was more excited about Shelley. Hoskinson explained that the long-awaited Shelley update was a phase in Cardano’s development that will allow for more decentralization. The phase is finally ready for deployment after more than three years of research into the Ouroboros PoS algorithm, Hoskinson said.

The reason such a large part of the community was interested in this project is the fact that the level of decentralization Shelley could bring has never been achieved before. Some skeptics even argued that, in practice, it couldn’t be done.

However, Hoskinson explained that allowing users to delegate their stake in Cardano’s pool will make it the most decentralized platform in the world. In addition to a move from federated centralized nodes, it also marks the first time that users—even non-technical users— are able to interact and contribute to the protocol en masse, either through staking their own ADA or delegating their stake.

This can be attributed to the Ouroboros proof-of-stake algorithm, as it allows for the same level of efficiency that centralized systems have. This represents a big deal not just for the Cardano community, but for the entire blockchain industry, as Cardano’s quick and efficient decentralization will bring about mass adoption.

Efficiency has been one of the main bottlenecks preventing the growth of the blockchain industry. For instance, even after 10 years of Bitcoin development, the Bitcoin network is unable to handle more than 10 transactions per second while centralized systems like VISA are easily handling tens of thousands of transactions per second.

Another thing that could make Cardano one of the biggest players in the blockchain industry in just a few years is the fact that it’s written in Haskell. This programming language enables the formal verification of smart contracts, which could prove invaluable for the financial industry as it moves towards decentralization.

Another top cryptocurrency, Tezos, is also in the race of leveraging functional programming through language OCaml.

Other Updates in the Pipeline

Apart from Shelley, another major release Cardano is planning for 2019 is Goguen. The next major Cardano update will follow the Shelley update. In theory, however, it could be implemented completely separate from it. According to Cardano’s official roadmap, Goguen will include the development of a new ”universal language framework to be used as core infrastructure for future blockchain technologies.”

Hoskinson also remarked that 2019 will be a major year for Cardano and that the platform will exit the year stronger than ever. While he remained silent on the platform’s plans for the following year, many viewers and members of the Cardano community are more certain than ever that Cardano will not only become a top performing crypto but lead the entire industry on its way to mass adoption.