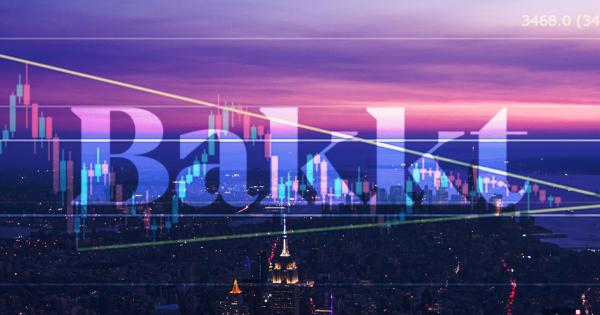 Bakkt’s long-awaited Bitcoin futures contracts are finally live. Now, some of the most prominent analysts in the crypto industry believe its a matter of time before Bitcoin experiences outsized volatility.

Bakkt, a subsidiary of the Intercontinental Exchange (ICE), announced that as of 00:02 UTC Sept. 23 the first physically-delivered Bitcoin futures contract was executed at a price of $10,115, marking the launch of its much-anticipated platform.

Unlike other BTC futures contracts in the market like the Chicago Mercantile Exchange (CME), which is only settled in cash, Bakkt Bitcoin futures is settled using real Bitcoin at contract expiry.

The firm is the first “federally regulated exchange” to offer Bitcoin trading services, according to Bakkt CEO Kelly Loeffler. This could allow more regulatory clarity into the industry by creating a scalable infrastructure that subsequently triggers conservative investors who have been waiting in the sidelines into adding Bitcoin into their portfolios, said James Putra, head of product strategy at TradeStation Crypto.

Thus far, 28 BTC worth approximately $280,000 have already been invested into Bakkt’s monthly contracts. Although its initial volume is not what many analysts in the market were anticipating, Su Zhu, CEO of Three Arrows Capital, believes that investors could soon pour in massively.

“Bakkt will be likely first a trickle and then a flood. The reality is that most regulated futures contracts get low adoption on day 1 simply because not all futures brokers are ready to clear it, many people want to wait and see, the tickers are not even populated on risk systems, etc,” stated Zhu.

It is worth noting that the Chicago Mercantile Exchange (CME) Bitcoin futures contracts traded $460 million on its first week. In May this year, the CME set a record of 33,677 contracts traded on a single day, worth over $1.3 billion dollars.

As Bakkt’s new trading instrument matures, the more substantial its share of Bitcoin’s trading volume will become, implied Adam Back, CEO of Blockstream.  Back said:

“Bakkt adding a new way to buy Bitcoin, adds a regulated market more institutions can use. but we won’t really “find out tomorrow” as it takes time for companies to setup accounts, decide trading strategies & for volume to build. Recall CME futures open vs today’s growing volume.”

The crypto-settled Bitcoin futures contracts that Bakkt is introducing into the space could be the catalyst that takes cryptocurrencies into the mainstream, bringing institutional capital and liquidity into the space, said @Rythmtrader. However, its launch does not seem to have had the impact in Bitcoin’s price to take it out of the consolidation phase it entered after nearly reaching $14,000 on June 26.

For over the last three months Bitcoin has been consolidating, which has led it to form a symmetrical triangle on its 1-day chart. This technical formation represents a period of consolidation before the price is forced to break out in a positive or negative trend. A move above the upper trendline marks the start of a new bullish trend. Meanwhile, a move below the lower trendline indicates the start of a new bearish trend.

Despite the tepid impact that Bakkt’s Bitcoin futures contracts launch has had in Bitcoin’s price, it will certainly improve the trust that institutions will now have about the cryptocurrency market, according to Thomas Lee, the head of research at Fundstrat Global Advisors.

VanEck-SolidX recently set in motion a version of their originally planned Bitcoin ETF that has accumulated an underwhelming $41,000 since launch. As a result, it remains to be seen if Bakkt is actually able to trigger an influx of capital into the market that allows Bitcoin to reach new yearly highs as trading volume increases.