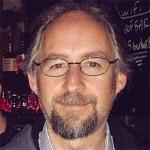 Having worked on e-cash protocols since 1995, Adam Back is an applied cryptographer and inventor of the hashcash proof-of-work and decentralized mining used in bitcoin. In addition to implementing credlib, he was an e-cash consultant to Nokia and later to Credentica (acquired by Microsoft).

Back was an architect and cryptographer at Zero-Knowledge Systems working on its Freedom network, a precursor to Tor. He has also consulted for leading security companies, including oneID, Vmware and QWcap.

Most recently, Back co-founded Picorp, which was acquired by EMC and where he was CSO of the company’s consumer division, Decho. Adam holds a Ph.D. in distributed systems and computer science from the University of Exeter.

Suggest an Edit | Adam Back