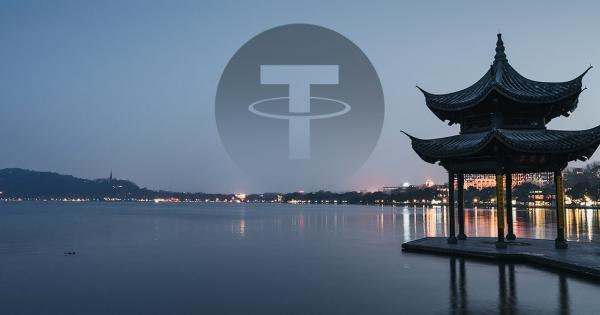 Tether announced a new offshore Chinese-yuan backed stablecoin, CNHT. The cryptocurrency is the newest addition to the firm’s suite of regulation-skirting coins.

As part of China’s monetary strategy to peg the yuan against the dollar, it is mandatory that the People’s Republic control capital flows into the country. The theory is part of the international economics concept called the “impossible trinity.”

According to the theory, it’s impossible for a government to maintain all three of the following at the same time:

The PRC chose to fix the yuan’s exchange rate against the dollar, for trade purposes, while retaining the ability to set interest rates to stimulate the economy.

As a result of these controls, there is a large black market for moving yuan out of the country. This makes sense given that interest rates inside China are kept artificially low, meaning money can earn a higher return outside of the country.

As a result, banning Bitcoin in China isn’t a choice, it’s a necessity. For China to retain its capital controls it must ensure mediums of exchange, like Bitcoin, are restricted, said NEO founder Da Hongfei at the 2019 NEO Community Summit.

But there’s another threat to China’s monetary regime—Tether.

USDT, Tether’s allegedly dollar-backed stablecoin, is one of the most popular ways to move money out of China—opined a panel including executives from VeChain, NEO, Ontology, TomoChain, and other large Asia-based blockchain projects.

Skirting currency controls is one of the largest use-cases for the stablecoin, said Conflux COO Yuanjie Zhang. USDT is an inexpensive way to avoid these controls without needless exposure to Bitcoin’s volatility.

Unlike other stablecoins, Tether is almost completely unregulated. The firm’s banking partners exist in the Bahamas, a jurisdiction notorious as a tax haven. The founders are elusive about their whereabouts, mitigating potential legal action. And, iFinex, the parent-entity to both Bitfinex and Tether, has been constantly embroiled in a slew of legal disputes, hacks, and a variety of other billion-dollar controversies.

Despite the overwhelming notoriety surrounding Tether—even with news that USDT is only 74 percent backed by dollars—ultimately it may not matter. USDT’s primary value proposition is circumventing regulations, not redeemability or absolute stability.

Now, Tether is offering a Chinese-yuan backed stablecoin. One thing to note is that the coin is backed by CNH, not CNY. Although both are technically Renminbi, CNY is used inside the country and trades at a rate set by the People’s Bank of China. Meanwhile, CNH tends to trade at a premium and floats freely like other international currencies.

CNHT provides yet another outlet for easing cash flows out of China. Assuming exporters can smuggle their yuan out of the country, these CNH can then be converted to CNHT, traded to USDT, sold into Bitcoin, and finally traded for hard U.S. dollars.

The process is ideal for money launderers and currency smugglers because it’s possible to go through the entire process without conducting any know-your-customer (KYC) or anti-money laundering (AML) checks. By using smaller, unregulated exchanges and P2P Bitcoin exchanges the whole process can remain outside of the prying eyes of financial regulators.

CNHT will initially be available on the Ethereum blockchain as an ERC-20 token. It’s unclear which exchanges will be the first to support the new stablecoin, but expect smaller exchanges based out of lightly-regulated jurisdictions to be first adopters.