Protesters in Hong Kong have taken to a new non-violent tactic, withdrawing cash in mass from ATMs and banks and converting it to United States dollars—foreshadowing things to come for Bitcoin. 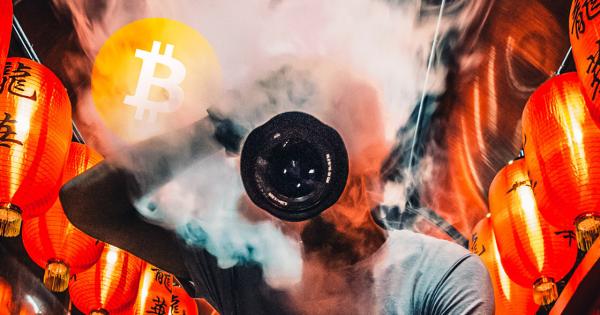 Protesters in Hong Kong have taken to a new non-violent tactic, withdrawing cash in mass from ATMs and banks and converting it to U.S. dollars—foreshadowing things to come for Bitcoin.

On Aug. 16, protesters in Hong Kong announced plans to withdraw their cash from the banking system in protest of overreach from mainland China, reported Business Insider. Bitcoin may play a key role in these kinds of protests in the near future.

The demonstration, said organizers, is meant to protect people’s wealth from the possibility of devaluation following a mainland military crackdown while reasserting the freedom of Hong Kong’s independent financial regime.

Protests began in response to an extradition bill ordered by Hong Kong chief executive Carrie Lam. The bill would have allowed case-by-case transfers of fugitives to jurisdictions without extradition treaties with the city—including mainland China.

The inclusion of mainland China in the treaty is a major concern for pro-independence activists. In part, people fear that Hong Kong’s judiciary would be abused by the Communist party via the treaty, potentially using the treaty to eliminate political opponents and dissidents who were previously out of reach in Hong Kong.

And, those fears are not unsubstantiated. When Xi Jingping rose to power in 2012 the space for dissenters shrunk substantially. Human rights activists say forced ‘disappearances’ have been on the rise, while the BBC described the Communist Party’s control becoming “tougher and more systematic.”

As a result, there is a very real concern that the inclusion of an extradition treaty could lead to more overreach from the mainland.

However, as protests turned into clashes with police, mainland China started to flex its military strength—seemingly to intimidate Hongkongers into submission. State run media outlets ran videos of military vehicles amassing near the border of the city. Military buildup was reaffirmed in a tweet from President Donald Trump:

Our Intelligence has informed us that the Chinese Government is moving troops to the Border with Hong Kong. Everyone should be calm and safe!

As tensions escalated, the protests morphed into a much broader debate over Hong Kong’s relationship with mainland China. After over 150 years of British rule, many people in the region have developed more affinity for Western ideals and culture.

As a point of emphasis, some protesters even waved British and American flags and sang the U.S. national anthem—acts of irreverence that are totally preposterous on the mainland.

Now, the Communist Party is attempting to rein-in the freedom of the administrative region as the Chinese federal government continues its quest of unifying its 1.3+ billion citizens. Fearing the loss of privileges, protesters are calling for much broader reforms than initially demanded in the extradition protests. The main demands include:

Protestors are getting more creative in their tactics as things escalate with law enforcement. For example, after a university leader was arrested for using laser pointers against police—which the police branded as “offensive weapons”—the device gained mass popularity among demonstrators.

Now, protesters have taken to a new tactic: sucking the cash out of the local banking system. Posts on Hong Kong social media board LIHKG, the local equivalent to Reddit, show hundreds of photos of people withdrawing hard currency from banks and ATMs. Some protesters are even making trips to multiple ATMs to circumvent the HK$20,000 (~$2,500) limit per transaction.

There are yet to be any confirmed reports of the amount of money that is being withdrawn but Business Insider reported that at least 400 protesters recorded their withdrawals.

However, there are reports of ATMs around the city running out of cash. Although things aren’t dire for Hong Kong banks just yet, should enough people participate in such an event has the potential to disrupt cash access in the city—and in an extreme scenario, precipitate a bank run.

People peacefully opting-out of local monetary systems could foreshadow the power of Bitcoin. There are currently tight capital controls in China that allow the mainland government to maintain an artificially low trading peg with the U.S. dollar to stimulate exports.

This manifests itself in strict financial limitations on the mainland. Chinese citizens can only acquire and move up to $50,000 out of the country per year. These currency transactions are centrally recorded and closely tracked. There are also controls on domestic currency movement. As a relevant example, people going from Hong Kong to Shenzhen people are limited to bringing a maximum of the equivalent of $5,000 without onerous declarations.

The systematic devaluation and management of the yuan means that Chinese citizens are deprived of the real purchasing power of their money. Most Chinese people are unable to invest in safer and more lucrative foreign investments because of these controls. Furthermore, a weak currency drastically decreases the purchasing power of consumers, decreasing consumption and further making the Chinese economy dependent on exports.

Not only that, China’s currency reserves and financial controls will be further stress-tested as the trade war with the United States escalates. Just two weeks ago, the yuan weakened past the 7 RMB per USD peg for the first time since 2008 in response to President Donald Trump’s abrupt escalation of tariffs on Chinese goods.

One thing to keep in mind is that Hongkongers have their own respective currency under the “one country, two systems” compromise. Since 1983, the Hong Kong dollar has had a linked exchange rate system that pegs it to the U.S. dollar at a 7.8 to 1 ratio. And, given that the dollar is the most stable and highly traded currency on the planet, it would be strange for the protesters not to use it for their demonstrations.

But, if dollars were not accessible in the city then it wouldn’t be unreasonable to use Bitcoin. Along that line, there are still reports of increased demand for BTC in the city in response to protests.  With tensions with mainland China rising, expect HKD’s peg to the USD to be stressed while capital to flees from the independent administrative region.

With the advent of Bitcoin, people living under financially controlling regimes, like China’s, have the opportunity to opt-out of the system. Instead of enduring implicit wealth transfers through currency devaluation or inflation (arguably another form of taxation) people can instead buy BTC.

Bitcoin is an ideal protest instrument. Bitcoin can be stored in such a way where it is near-impossible to confiscate and can be used in a way to transfer huge amounts of wealth without regard for borders.

As such, data shows that black markets are quickly forming—and growing—in countries which are financially restrictive (and have adequate internet penetration), as evidenced by strong growth in peer-to-peer trading volume in places such as Venezuela, Belarus, and Kazakhstan.

Ultimately, Bitcoin has the potential to hold governments accountable for unscrupulous currency management. If the trend in cryptocurrency adoption continues then countries such as China should be rightfully worried.

Protests against a controversial extradition law resulted in Bitcoin trading at a premium in Hong Kong.

There are three narratives often used to describe Bitcoin—that it’s entering a new bull run, it’s a tulip mania, or that it’s comparable to the dotcom bubble.