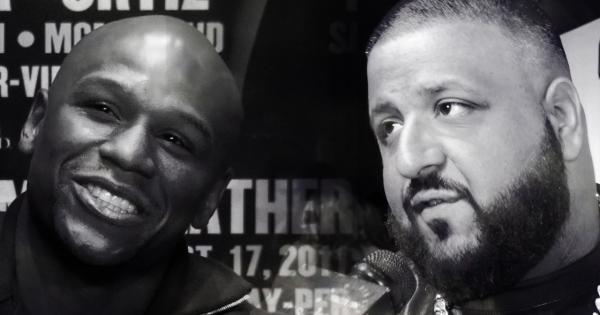 In a press release today, professional boxer Floyd Mayweather and music artist DJ Khaled were charged by the SEC for failing to disclose payments received for promoting an allegedly fraudulent ICO. These are the first cases of the SEC penalizing individuals whose only involvement was promoting ICOs.

Centra's (CTR) ICO starts in a few hours. Get yours before they sell out, I got mine https://t.co/nSiCaZ274l pic.twitter.com/dB6wV0EROJ

Khaled was also paid $50,000 to promote Centra, which he touted was a “game changer” in another deleted post:

In a separate post on Instagram, Mayweather said he was “gonna make a $hit t$n of money on August 2nd on the Stox.com ICO,” among other suggestive promotional statements.

Neither celebrity disclosed that they received payments for promoting these ICOs.

Reactions from the SEC

These charges came after the Securities Exchange Commission issued the 2017 DAO report, which warned that “coins sold in ICOs may be securities,” and that those who offer to sell securities in the U.S. must comply with federal securities laws. It seems that neither Mayweather or Khaled got that message.

“These cases highlight the importance of full disclosure to investors,” said Enforcement Division Co-Director Stephanie Avakian. “With no disclosure about the payments, Mayweather and Khaled’s ICO promotions may have appeared to be unbiased, rather than paid endorsements.”

Within the last few months the SEC has engaged in a flurry of enforcement activity, penalizing two ICOs and the founder of EtherDelta. The SEC also released a statement about the two cases, indicating that there is a path to compliance even if an ICO originally had not followed regulations.

Centra and its ‘CTR’ token was an ICO that claimed that it would offer a debit card backed by Visa and Mastercard that would allow users to “instantly convert hard-to-spend cryptocurrencies into U.S. dollars,” according to an SEC press release.

The SEC alleges that the founders of the ICO “created fictional executives with impressive biographies, posted false or misleading marketing materials to Centra’s website, and paid celebrities to tout the ICO on social media.”

“The defendants relied heavily on celebrity endorsements and social media to market their scheme,” said Steve Peikin, Co-Director of the SEC”s Division of Enforcement.

In April 2018, the SEC filed a civil action against Centra’s founders, alleging that the ICO was fraudulent. The U.S. Attorney’s Office for the Southern District of New York followed suit and filed parallel criminal charges.

These charges sent ripples across social media, as many other celebrities have also promoted ICOs. According to one tweet, some of these celebrities include: Paris Hilton, Jamie Foxx, Richard Shermann, Steven Seagall, Matt Sorum, and a host of others.

Some on social media have even started attaching the hashtag ‘#itsabouttime’ and ‘#transparency’ to signal their support of the SEC action.

This is big news!
The SEC first move against influencers, taking down both Mayweather and DJ Kahled, for promoting ICOs and not disclosing getting paid. 😲

Both have to pay penalties.

Others in the industry feel that these celebrities should be held accountable, and suggest that these endorsements may be a reason why cryptocurrency faces public scrutiny and skepticism. John Mannes of TechCrunch, contributing to that sentiment, had this to say:

Both celebrities agreed not to promote any ICOs for three, and two years, respectively. Because of these actions by the SEC, the “game changer” will actually be for those looking to sell unscrupulous securities to unwitting investors.