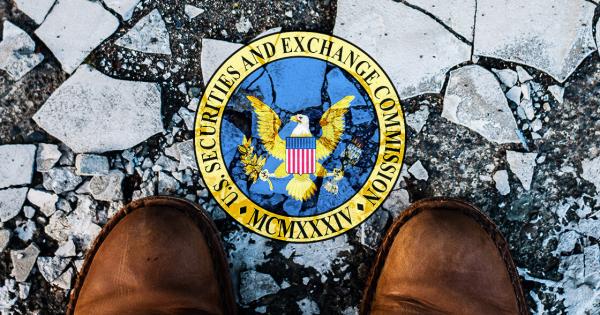 In a press release today, the SEC has imposed civil penalties on two more ICOs. Up to $27 million reimbursed to investors; each company fined $250,000, in addition to other penalties.

The SEC appears to be finished watching. Two ICOs, CarrierEQ and Paragon Coin were punished for conducting illegal securities offerings. Both ICOs were conducted in 2017 after the SEC warned that ICOs might be securities offerings based on its ruling on the DAO.

Background on the ICOs

According to the Commission, both ICOs had failed to register their tokens as financial securities. Neither of the ICOs would have qualified for exemptions (such as Reg D), either.

Stephanie Avakian, Co-Director of the SEC Enforcement Division had this to say:

“We have made it clear that companies that issue securities through ICOs are required to comply with existing statues and rules governing the registration of securities.”

In addition to a $250,000 penalty, both companies are required to return funds to harmed investors, register the tokens as securities (pursuant to the Securities Exchange Act of 1934), and file regular reports with the SEC.

A Path to Legality

However, the SEC does appear willing to compromise with ICOs that conducted offerings in 2017 because of the lack of clarity prior to 2018. Steven Peikin, Co-Director of the SEC’s Enforcement Division stated:

“By providing investors who purchased securities in these ICOs with the opportunity to be reimbursed and having the issuers register their tokens with the SEC, these orders provide a model for companies that have issued tokens in ICOs and seek to comply with the federal securities laws. [emphasis added]”

Both companies complied with the penalties and consented to the orders without admitting or denying the findings.

What this Means for Crypto

This action by the SEC is a landmark for its stance on illegal ICOs. The case follows the Commission’s rulings on Munchee, Inc. In the previous case, the SEC chose not to impose penalties on the company.

Because the company stopped its offering before delivering tokens and promptly returned invested funds to investors, the SEC was willing to give the company leeway.

That said, the SEC’s stance on ICOs is clear–if an ICO conducts an illegal offering and the SEC has jurisdiction over that company, they will find them, they will charge them, and they will penalize them.

Which ICOs will the SEC crackdown on next?

The wild west of blockchain may come to a close.

Investigations by the SEC Signal Crypto and ICO Regulations Tightening