Shares of MicroStrategy tumbled in tandem with the crypto market downturn, following the unfavorable accounting ruling by the SEC. 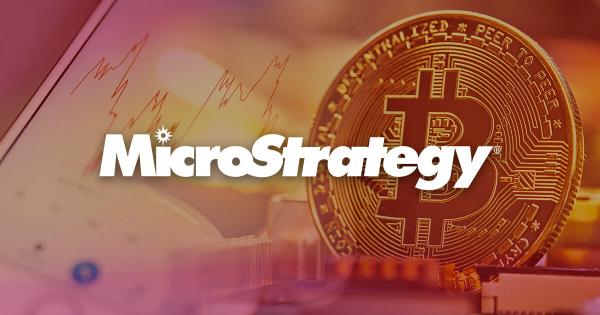 Amid the crypto market meltdown, MicroStrategy stock slid as much as 15% before equity markets rebounded late Monday–following the US Securities and Exchange Commission (SEC) objecting to the company’s Bitcoin accounting strategy.

The newly released filings show that the SEC rejected how Michael Saylor’s software company accounts for its crypto holdings.

Unfavorable accounting ruling by the SEC

MicroStrategy stock extended its two-day decline to almost 30% on Monday, in the wake of a December filing released last Thursday.

According to the filing, the financial regulator rejected the accounting method the company uses for Bitcoin in its earnings reports.

“We note your response to prior comment 5 and we object to your adjustment for Bitcoin impairment charges in your non-GAAP measures,” the filing said, instructing the company “to remove this adjustment in future filings.”

The company started acquiring Bitcoin as part of a capital allocation strategy back in 2020, and has continued stacking up ever since–essentially turning MicroStrategy’s shares into a proxy for the crypto.

The SEC’s objection essentially prevents the company from stripping out the volatile swings in Bitcoin price from its unofficial non-GAAP accounting reports.

According to MicroStrategy’s October filing, it has been reporting non-GAAP income from operations and non-GAAP net income that “exclude Bitcoin impairment losses to better enable a comparison” of the company’s performance across reporting periods.

Saylor, who, like many crypto investors on Twitter turned to memes and humor for easing the drama of the market downturn, recently changed his profile picture–joking about his next career if his Bitcoin holdings tank.

May apply for night shift at @TheRealTahinis to stack more sats. #NewProfilePic pic.twitter.com/ZrirLojvrq

On a side note, Tahinis prides itself of being the world’s first restaurant chain to invest 100% of its cash reserves into Bitcoin.

Saylor told Bloomberg last week that the company will never sell its Bitcoin.

“Never. No. We’re not sellers. We’re only acquiring and holding bitcoin. That’s our strategy,” Saylor said, adding that he is not worried about the price decline from $69,000 in November to less than $40,000 this month.

“So, I don’t really think we could do anything better to position our company in an inflationary environment than to convert our balance sheet into Bitcoin,” said Saylor, arguing that crypto is still the best defense against inflation.

MicroStrategy borrows an additional $205 million to buy Bitcoin, what could go wrong?