With the lead of Microsoft, major multi-billion dollar conglomerates in the likes of Ernst & Young are actively utilizing Ethereum to test blockchain-based applications. 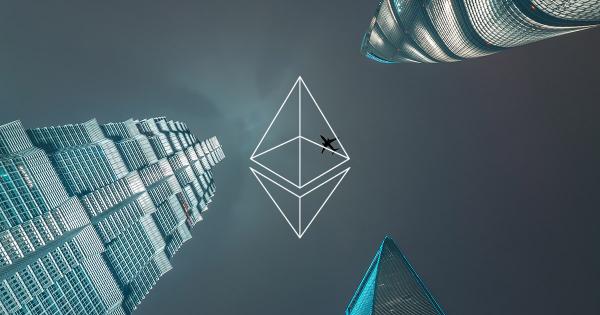 With the lead of Microsoft, major multi-billion dollar conglomerates in the likes of Ernst & Young are actively utilizing Ethereum to test blockchain-based applications. It shows that ETH is being perceived as the top smart contract protocol by institutions worldwide.

Microsoft, the earliest adopter of blockchain technology and Ethereum among tech and consulting giants in the U.S., tested the Ethereum network as early as 2015, offering Ethereum blockchain-as-a-service on the Azure cloud.

Why engagement of major corporations is a positive factor

The obvious positive effect of big conglomerates using blockchain, in general, is that it legitimizes the technology and presents cryptocurrencies as an asset class in a better light.

But, the bigger factor that benefits the Ethereum ecosystem specifically is that it pushes and motivates both developers of the core blockchain network and commercial applications operating on top of it to demonstrate progress in scalability.

Ethereum is already a large blockchain network in terms of the number of developers, decentralized applications (DApps), decentralized finance (DeFi) activity, and valuation.

According to Defipulse, around $3 million in ETH are locked as collateral on DeFi platforms, which indicates that either most DeFi platforms operate on top of Ethereum or use ETH as the main collateral.

The relatively high level of adoption of ETH also makes it more difficult for Ethereum to scale in comparison to smaller networks because it requires more users, developers, and people to come to a consensus to make changes.

In that regard, smaller blockchain networks such as Cardano (ADA) are said to have been able to develop better technologies that can scale and are more efficient in a shorter time frame with fewer resources.

A more advanced technology alone cannot disrupt the network effect of a dominant player, however, and as such, for now, Ethereum remains as the top smart contract protocol.

As seen in the efforts of Ernst & Young in their Nightfall release in October 2019, more companies working to implement Ethereum means more developers figuring out potential solutions for efficient scalability.

Developer activity has historically been an accurate predictor of the success of a blockchain network both in terms of valuation and user activity.

The blockchain sector is becoming increasingly competitive day-by-day, and as the industry evolves, more well-funded and well-guided projects will emerge.

Even though it requires more resources and work to scale Ethereum, to maintain major conglomerates in the ecosystem, it is crucial to move faster to scale.

For many months, solutions like sharding, switch to proof-of-stake (PoS), and plasma has been developed as potential answers to the scalability problem of Ethereum. The latest release of Muir Glacier hard fork is considered as the first step towards the much-anticipated shift from proof-of-work (PoW)—a consensus protocol that requires mining—to PoS.

The DApp market is getting so big, it’s making Google and Apple worry

In 2019, Ethereum proved that blockchain’s ideals are alive and well