Kickstarter is moving its crowdfunding platform to blockchain

The popular crowdfunding platform is making a big bet on blockchain despite widespread criticism from users. 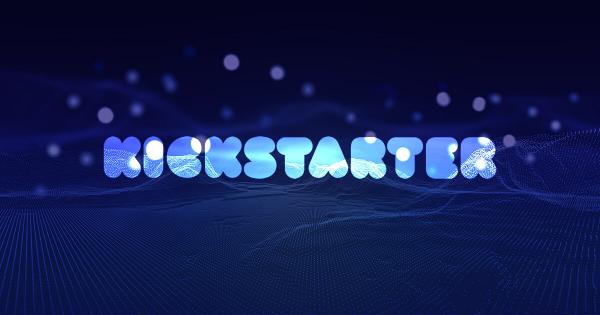 Kickstarter, one of the largest crowdfunding platforms on the market, has announced plans to develop a decentralized version of its infrastructure on Celo.

According to the company’s announcement, the move is set to open up new opportunities for creative projects to come to life.

The king of crowdfunding is making a bit bet on decentralization

The first and one of the largest crowdfunding platforms in the world is making a big bet on the future of decentralization as it unveiled plans to migrate its infrastructure to the blockchain.

In a Thursday announcement, Kickstarter said that it will begin developing an open-source protocol that will create a decentralized version of its core functionality. The protocol will be launched on Celo, an open-source, carbon-negative blockchain platform.

The company said it chose the novel blockchain platform due to its underlying technology and community.

“We’re inspired by the Celo ecosystem’s thoughtful approach to building the technology they want to see in the world,” Kickstarter said in the announcement. “Celo’s efforts around minimizing environmental impact (and focus on global accessibility through mobile access to blockchain), reminds us that the best way to get better systems is to build better systems.”

The decentralized version of Kickstarter will be developed by a newly-founded subsidiary. Alongside a new company, Kickstarter will also establish an independent governance lap that will be tasked with overseeing the development of the protocol’s governance.

And while the company put a significant focus on sustainability, its decision to enter into the world of blockchain was met with heavy criticism. Hundreds of Kickstarter’s users took to Twitter to say that they will be looking into another crowdfunding platform if the company didn’t withdraw its plans to launch on a blockchain.

Criticisms ranged from saying that the company should invest more resources into improving its current infrastructure to calling the crypto industry a money-laundering scam that’s terrible for the environment.

I am really, really disappointed in Kickstarter for pivoting in this direction and if this comes to pass, I won't be using or recommending them as a platform in the future. This is fucked. https://t.co/m6l81eKcyW

Kickstarter could use their development budget to improve so many things about their platform, but instead have decided to chase crypto-fads. Missing from the article — any way in which moving to cryptocurrency improves the platform for creators or backers. https://t.co/2PSYENGNmc

Celo describes itself as an open platform that makes financial tools accessible to anyone with a mobile phone. Learn more