Judge dismisses securities lawsuit on a technicality, did Binance pull a fast one?

Claimants allege Binance had violated securities laws, but the case was never tried as the presiding judge determined too long had passed before legal action was initiated. 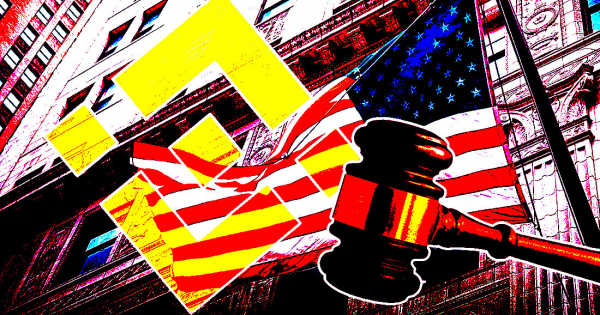 U.S District Judge Andrew Carter dismissed a lawsuit against Binance as the claimants have waited too long to bring their case.

The claimants alleged in the suit that Binance violated securities laws by selling unregistered tokens and failed to register with the appropriate authorities.

Rather than try the case on those grounds, Judge Carter rejected the claims on the basis that more than a year had passed before the claimants filed for legal action.

Was justice served, or did Binance get a lucky break?

Binance wins the case on a technicality

In 2017, the claimants had used the Binance platform to buy EOS, QSP, KNC, TRX, FUN, ICX, OMG, LEND, and ELF tokens, which subsequently tanked in value.

It’s alleged that Binance had wrongfully sold the tokens and failed to warn them of the risks involved with cryptocurrency trading. The claimants sought to recover the sum they had paid to acquire the tokens.

Judge Carter ruled that the investors waited too long before bringing legal action. He also determined that U.S securities laws did not apply as Binance was not a domestic exchange, even if it used U.S servers to offer its service.

“Plaintiffs must allege more than stating that plaintiffs bought tokens while located in the U.S. and that title passed in whole or in part over servers located in California that host Binance’s website.”

The claimants argued that the statute of limitations began running one year before the April 2020 lawsuit. This was when the U.S. Securities and Exchange Commission (SEC) had released guidance that potentially characterized their tokens as securities, thus alerting them to the alleged wrongdoing by Binance.

Arguing that Binance should not have sold those tokens because they may be unregistered securities absolves the claimants of responsibility in the matter. However, if investors are to celebrate their wins, they must also accept their losses.

Moreover, it doesn’t tally that losses incurred were due to purchasing unregistered securities. Instead, losses likely occurred as they bought at the peak of the 2017 bull market.

Most crypto investors, who stayed in the game, were holding unrealized losses until Bitcoin managed to break $20,000 again in December 2020. In other words, the bear market saw the drawdown of all tokens; even those that are not deemed as securities by the SEC.

Regardless of how Judge Carter arrived at his ruling, it would seem justice prevailed.