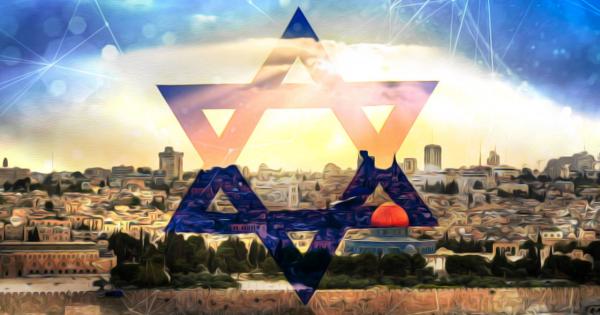 After a spectacular year of growth, Bitcoin and other cryptocurrencies continue to rise in value and to assert their staying power in the mainstream economy. Cryptocurrencies are emerging from their niche exile, and their features are being discussed as solutions for entire governments, not just individual users.

Cryptocurrencies’ relative autonomy is both its most lauded achievement and its most dubious asset. For enthusiasts, the ability to transact in privacy is the epitome of personal privacy and freedom.

However, for its doubters, this feature enables nefarious actors to subvert laws through money laundering and the financing of the dark web.

One way for cryptocurrencies to bridge this divide, some argue, is for a country’s central bank to issue its own cryptocurrency that touts the features of Bitcoin but that includes the regulation of a traditional currency.

A recent report by Reuters indicates that Israel’s central bank is considering implementing a national digital currency. According to a government source who reported anonymously because he was not authorized to speak on the matter,

“The [Israeli] government was ready to legislate or include the issue in its 2019 budget and economic package if the central bank gave the green light.”

This is far from a hard commitment, but Israel’s apparent willingness to consider the role of cryptocurrencies in their economy is an important benchmark for their mainstream implementation.

Crypto enthusiasts have long argued that government-regulated digital currencies are a logical next step in the development of our digital-first economy.

Therefore, “From Singapore to Sweden, central bankers are taking a close interest in digital currencies,” notes Ferdinando Giugliano in a recent Bloomberg article.

A digital currency that is issued and regulated by a central bank could have an enormous impact on the digital economy.

Most likely, this currency would be directly tied to the value of the nation’s fiat currency, otherwise known as a stablecoin.

In other words, governments are not considering adopting a cryptocurrency that’s already in circulation — instead they would be inventing a brand new digital currency that would be defined by their own rules.

Countries and large companies are pouring money into blockchain and crypto research that is continues to uncover the ways that it can cryptocurrencies can be useful as a national currency.

The Benefits of a Nationalized Cryptocurrency

Cryptocurrencies have many benefits, and those features could be a tremendous asset to governments. For example, the technology that powers cryptocurrencies create unchangeable records that are simultaneously completely private and completely transparent.

Although crypto skeptics abound, the blockchain seems to be an element of consensus among forward-thinking individuals.

Israel is striving for a solution that would eliminate some paper currency from the economy. Upwards of 20% of current national output is spent in the black market, and a centralized digital currency would provide a tangible solution for improving this.

What’s Holding It Back?

Primarily, the most significant hindrance is time. Change happens slowly, and though there is an inevitability to government-issued cryptocurrencies, its implementation requires advocates to change minds before working on the technical challenges..

Of course, the technical limitations are still a significant concern — current implementation is stalled by questions over currency generation, international transactions, and scalability. The other question is whether this would truly be a cryptocurrency — which fundamentally facilitates anonymous transactions — or simply a digital currency.

These challenges will find solutions as countries begin considering cryptocurrencies and the accompany blockchain technology. Cryptocurrencies’ meteoric rise has made extraordinary headlines and has made many people very wealthy. Its next challenge will be much more nuanced, but with far more significant implications.