Estonia – the Leader of the e-Pack Wim Olivier · 5 years ago · 5 min read
This article is more than 2 years old...
News › Estonia› Adoption

Estonia – the Leader of the e-Pack

Estonia, one of the smallest countries in the European Union, is nonetheless establishing itself as a major player in the digital age. 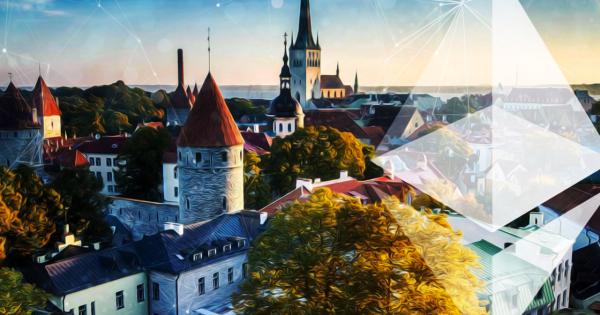 Estonia, one of the smallest countries in the European Union, is nonetheless establishing itself as a major player in the digital age.  Not only is the postcard-pretty country responsible for creating the software that gave us Skype, it is also a pioneer in cutting-edge digital adoption.

The Republic of Estonia is situated in northern Europe, flanked by Russia and Latvia. The Baltic Sea separates it from Sweden to the west and Finland to the north.

In stark contrast with the serene tranquility of its landscape, Estonia survived and bounced back from a tumultuous political history. After obtaining independence from the Russian Empire in 1918, Estonia was occupied by Germany and twice by the Soviet Union, which resulted in 1944 with its annexation and being renamed the Estonian Soviet Socialist Republic.

During the annexation, many of the leaders of the Republic of Estonia were deported by the Soviets to Russia, where they were imprisoned or met untimely deaths. However, in defiance of being ruled by the USSR, Estonians formed a government in exile, which was widely acknowledged by the world as the only legitimate representative of Estonia’s citizens.

Through effective resistance and extensive lobbying against its illegal occupation – most notably the “Singing Revolution” of 1988 –  the Republic of Estonia successfully reclaimed its sovereign status in1991.

Today, the country is acknowledged as having an exemplary, first-class government. Not only is its high-school program placed in the top three globally, the residents are entitled to free medical services and public transport.

Most pertinently in the digital age, however, is that Estonia is the first nation to offer e-Residency, also called virtual residency.

The Estonian government defines e-Residence as,

“A new digital nation for global citizens, powered by the Republic of Estonia.”

Regardless of where they are situated, e-residents are offered the freedom to start and run a global business in a trusted EU environment.

In addition to the benefits of remote business management, the Estonian government states that e-Residence offers participants easy access to the tools required for running a company; it ranges from the turnkey solutions provided by a network of trusted service providers to the digital services offered by the government itself.

In our Digital Age, where speed and ubiquity is of the essence, Estonia offers an attractive solution to the often laborious and bureaucratic nature of establishing businesses, especially those crossing borders.

“Even though there are only a little over a million of us, thanks to Estonia’s capabilities, we can make ten million payments, perform ten million requests and sign ten million contracts in just ten minutes. Even ten times larger states cannot beat us. But the good news is that it is possible to join our exclusive club of digitally-empowered citizens.”

Worldwide reaction to the Estonian initiative has been positive; statistics show that more than 22,000 e-residents have joined from 138 countries, and that they are making a vast contribution to Estonia’s economy.

Blockchain Innovation at the Government-level

In the true spirit of its entrepreneurial, digital innovation, Estonia has recently announced plans to launch a national cryptocurrency, the Estcoin. President Kaljulaid told the Telegraph in July that Estonians are “going digital and global” and that the state needs to keep up, or face becoming obsolete.  Her admonition would be well-heeded by other nations.

Kaljulaid continued by saying that Estonia is the only truly digital society which actually has a state; its citizens can access all government services and even do their voting online. But, the President said, further progress is necessary for Estonia to be truly ready for the 21st century.

The government’s E-Residency Blog posted in August that “Estonia could offer ‘estcoins’ to e-residents;” their proposal to offer crypto tokens could make it the first country in the world with an Initial Coin Offering (ICO). Used initially for local payments, it is likely to migrate worldwide in the longer term.

Crypto technology will also introduce next-level digital functionality such as the adoption of smart contracts, the government says.

Vitalik Buterin – creator of Ethereum – is excited for Estonia. The E-Residency Blog quotes him as saying that the nation’s own cryptocurrency would create a strong alignment of incentives for e-residents; and, as a crypto community, there is much more that can be accomplished together. 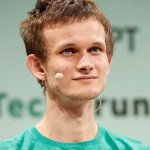 “An ICO within the e-residency ecosystem would create a strong incentive alignment between e-residents and this fund, and beyond the economic aspect makes the e-residents feel like more of a community since there are more things they can do together.”
-Vitalik Buterin, Founder of Ethereum

Not so fast, says the European Central Bank (ECB); its president Mario Draghi `commented in September that the euro is the only valid currency in the EU and no member state can introduce its own currency.

In a globalized world where even centralized governments promote borderless economic participation, the user case for decentralized systems is stacking up and gaining increased, worldwide momentum. Major regions are currently in the process of making way for the adoption of digital currencies, while others have indicated their intention to do so in the foreseeable future.

The major stumbling block for Estonia’s estcoin is undoubtedly the European Central Bank. Is the ECB still sore after its loss with Brexit? Will the ECB do everything in its power to vindicate itself by preventing the citizens who rejected the EU at the voting polls from sharing in the fruits of the EU region? It is uncertain.

Clearly, there are interesting times ahead. Estonia has proven its true grit in recovering from the hard knocks of history, and over a period of just more than two decades, a once-scattered, persecuted and disrupted nation has established itself at the forefront of global technological innovation and leadership.