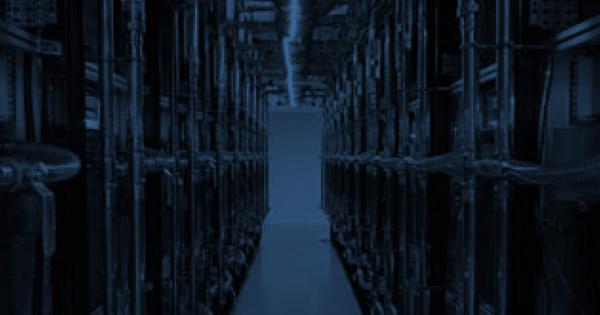 All the cryptocurrency in the world traces its origins to raw mathematics — if you can solve complicated math problems faster than anyone else, then you stand to profit. As a result, members of the mining community find themselves in a figurative arms race to run the biggest, baddest mining rigs they can. And these days, that means using an ASIC miner.

ASIC stands for “application-specific integrated circuit.” These are a category of computer chip that exists to do exactly one thing at maximum power and maximum efficiency. Specialized ASIC chips have driven all kinds of electronic devices in the past, but when they emerged for crypto applications in 2013, they blew everything else away.

The previous standard was GPU mining, in which people used high-performance video cards to calculate the math that could yield them cryptocurrency. GPUs were the go-to hobbyist choice because they were as plentiful as they were multipurpose — you only needed to have a gaming PC with a strong graphics card to successfully mine crypto. But ASICs were a cut above, designed from top to bottom to be better, faster, and stronger than the best mining GPUs.

This left a lot of people cut out from their mining activities — they couldn’t keep pace with the new ASIC chips. A homebrew mining operation that was profitable one week was effectively extinct the next. If you had invested time and money into supporting the crypto ecosystem (while earning some money at the same time), you’d be predictably grumpy to see it go away overnight.

I understand the call for ASIC-resistant algorithms.

This is happening right now with Ethereum. The core developers are moving forward with plans to implement a new proof-of-work algorithm that would make these specialized ASIC chips far less effective at mining Ether. This will preserve room on Ethereum’s network for smaller-scale GPU miners to regain more control of the blockchain, and therefore make more profit.

Vying for ASIC-resistant algorithms in crypto is a way to protect the small-scale players who aren’t operating industrial-scale mining rigs. GPU miners are the first people to find any success in an emergent cryptocurrency because their hardware is versatile enough to solve a wide variety of complex math problems. And they do it rather well.

But a multipurpose GPU can’t dream of competing against a highly specialized ASIC chip that solves exactly one type of problem with savant-level proficiency. To protecting the interests of GPU miners is to protect the community that made a certain cryptocurrency viable in the first place.

We only need to look at history here. Consider the example of Monero, which has experienced a repeated tug of war with ASICs versus GPUs.

Monero was designed from day one to be ASIC-resistant. This was all good and well until effective ASIC chips started appearing specifically for the purpose of mining Monero. The community pushed out a hard fork for a new algorithm that rendered this new hardware highly ineffective. GPU miners were back on top — but only for a little bit. It was just a matter of time until new ASICs appeared that were capable of compensating for the updated algorithm.

And so it has gone since then: Monero pushes out semi-annual hard fork to protect the GPU miners this currency was designed for, then a new and improved ASIC chip reasserts its dominance.

Importantly, ASIC-resistant algorithms can still be solved by ASIC chips. Though this category of math is designed to be especially difficult for this hardware to solve, ASICs can still make do. The only question for the person running the hardware is: is it worth the cost of electricity and hardware?

ASIC-resistant crypto isn’t permanently viable because we human beings tend to develop our technology to the nth degree. Whatever limits are put in place, we have a proven track record of finding ways around them. Race cars go faster, human athletic performance improves, and computers seem to get simultaneously better and cheaper every year. Presented with a technological problem, we’re going to find a technological solution.

The call for ASIC-resistant algorithms is effectively a voice saying “you can’t.” But the human race is especially prone to saying “yes I can.” That is why ASIC mining is here to stay.