After its introduction in 2013, Grayscale Bitcoin Trust (GBTC) managed to become one of the largest Bitcoin investment products in the world. 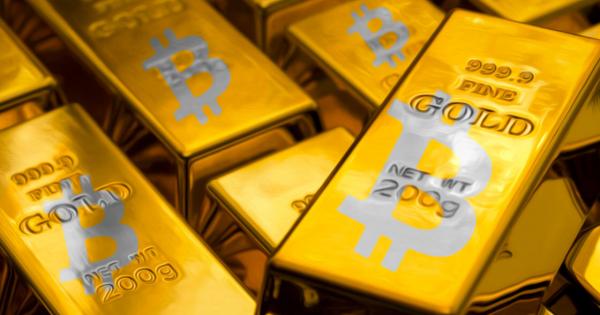 After its introduction in 2013, Grayscale Bitcoin Trust (GBTC) managed to become one of the largest Bitcoin investment products in the world. So far, GBTC has outperformed most traditional assets year to date, in line with BTC’s rising prices, and became one of the most actively traded securities on the OTC Markets Group.

Not only has GBTC beat Bitcoin in terms of performance, but when compared to traditional assets typically seen as “safe haven” assets, such as gold or real estate, GBTC has the lead—unless the market takes a turn, that is.

Gold has been considered for years the preferred store of value asset during times of financial turmoil. Its finite supply make and long trading history make it an ideal hedge against macroeconomic problems.

That said, during ongoing trade war between the United States and China revealed that Chinese investors prefer cryptocurrency investment products instead of gold. The declining interest for the precious metal can be seen in its market valuation, only rising 9 percent between the beginning of February and the end of June despite global economic turmoil.

Similar behavior can be seen in the S&P 500, which is a stock market index based on the market capitalization of 500 largest American companies. The investment vehicle appreciated 7.65 percent over the same time period that GBTC rose 375 percent.

Conversely, one of the most popular debt instruments, the U.S. 10-years Treasury note, has actually dropped significantly during these 5 months. Its price plummeted from $2.71 all the way down to $1.99, representing a 27 percent loss for investors.

The Bitcoin backed security has been excelling on the OTC Markets. Out of 1,430 securities that have made it to the top two tier markets—OTCQX and OTCQB—GBTC is by far one of the most actively traded on the market.

By the end of June, there were four securities on OTCQX and another four on OTCQB that traded more than $1 billion in volume in 2019. The rest had a volume lesser than $900,000. These securities were Roche Holding Ltd, Grayscale Bitcoin Trust (BTC), Imperial Brands PLC, Danone, and two different share classes of Fannie Mae and Freddie Mac.

Within this group, Roche had a volume of $5 billion and GBTC $4 billion in the first half of the year, making them to top traded securities on the OTC Market Group.

Bitcoin without the risks

As interest for Bitcoin continues to increase among institutional investors, they seem to be turning into GBTC to avoid exposing themselves to the risks involved in owning the underlying cryptocurrency. This is why GBTC has a higher growth rate than BTC as different premiums are charged to accredited investors who prefer the investment vehicle.

Grayscale’s “Drop Gold” campaign, which is currently running on websites, social media platforms, and traditional television appears to be bringing more investors in. The value of GBTC rose more than 160 percent after the first campaign was launched on May 1. Now that the company is preparing to release its second commercial. Perhaps good marketing is the secret to trading at a premium over tangible Bitcoin.

Filming of #DropGold commercial #2 has commenced…