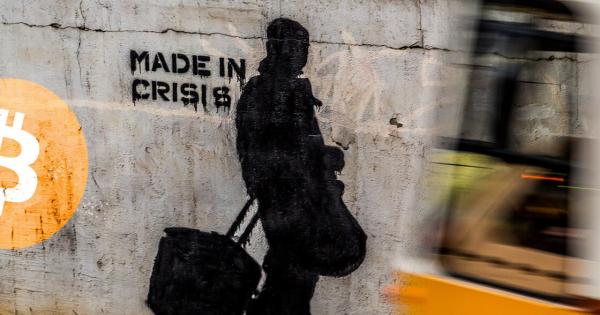 Bitcoin has been on a 174-day bull rally since the low of Dec. 15, 2018, when it was trading at $3,150, which has seen its price surge 188 percent reaching $9,070 on May 30. According to some analysts and investors, the upswing may be partially be attributed to the financial crises affecting the world’s biggest economies, which is fueling excessive optimism in the cryptocurrency industry. As the positivism about the market continues to increase, an exhaustion period becomes imminent.

In a recent Medium post, Tuur Demeester, the founding partner of Adamant Capital, explained what he believed were the main factors currently driving the price of bitcoin and a forecast of where it could be heading next.

Demeester suggested that accumulation, short squeezes, and bitcoin withdrawals from questionable exchanges were some of the drivers behind the bitcoin price. However, the most important ones have to do with international macroeconomic issues that tend to have a direct impact on the price of bitcoin.

In 2013, as the Cypriot financial crisis was taking place BTC went through a 99 days bull rally from the beginning of the year until mid-April when a €10 million international bailout for Cyprus was announced. During this time span, the market valuation of this cryptocurrency rose 1950 percent to then retrace approximately 81 percent.

Now, the capital flight from China as the trade war with the United States unravels could be the principal source that initiated this year’s bull rally.

“On May 5th, the Chinese yuan started weakening against the US dollar, and 13 days later traded 2.5 percent lower — a huge move in forex terms. Remarkably, that was also the week that bitcoin broke above the resistance of $6,500.”

The Russian international television network, RT, in a segment called Boom Bust also suggested that the cryptocurrency market has benefited from the trade war between the two economic giants leading Chinese investors to move out of the yuan into bitcoin in anticipation of a possible devaluation.

Investors in #China have been unloading yuan and moving into #bitcoin and other #cryptocurrencies in anticipation of inflation & possible devaluation – analysts https://t.co/6UIfO9g3tJ

Although the Chinese ban on cryptocurrencies that dates back to September 2017 has made it difficult to analyze any data coming from the country, Arthur Hayes, CEO of BitMEX, believes that over-the-counter trading platforms are still running. He stated that the fact that OkCoin and Huobi have halted operations in mainland China does not necessarily mean that they have exited out of the Chinese market.

“The OTC market is vibrant, and these venues have found politically acceptable ways to allow buyers and sellers to meet in China. Zhao Dong, arguably the largest OTC trader in China, is one of the main people responsible for the successful $1bn Bitfinex LEO IEO. He went on the record supporting Bitfinex to the Chinese crypto community, and his clout and network helped Bitfinex win back the Chinese traders. China still matters.”

The buying pressure that is believed to be coming mainly from China has been so significant that BTC has had a 174 days rally of 188 percent, which can be comparable to the 2015 bull run that lasted 78 days with a 152 percent appreciation. The former rally produced a 40 percent retrace, which will be equivalent to $5,400 today from a $9,070 high.

A correction like this could be occurring at the moment. On the 1-week chart, the TD Sequential Indicator has given a sell signal, with a green nine, predicting a retrace that could last one to four weeks before the bullish trend continues.

Currently, the 7-week moving average has been able to contain the price of BTC from a further drop. If this moving average is no longer able to hold and breaks to the downside, a test of the 50 or 30-week moving average could be expected, sitting at $5,600 and $5,050 respectively, which will be a similar situation to what happened in late 2015.

A report recently published by the San Francisco Open Exchange, SFOX, concluded that the overall sentiment of the market could be at a tipping point where it is not clear whether the rapid growth can be ascribed to the underlying fundamentals or to “fear of missing out,” or “FOMO.” As a result, the cryptocurrency market has been downgraded to “uncertain.”

Peter Brandt, a 40-years trading veteran, believes that bitcoin has indeed entered a “FOMO phase” that could lead to a major correction.

This is the FOMO phase of the advance. Once the majority of sold-out crypto bulls capitulate and chase this rally a more sizable correction will likely occur, stopping out the same bulls, who are chasing this advance. pic.twitter.com/xqeIWKfwEQ

Yet there are experts who note that the retrace that happened this week where bitcoin fell below $8,000, could have represented the price exhaustion needed for the continuation of the bullish trend.

Thomas Lee, the co-founder of Fundstrat Global Advisors, thinks that “FOMO” has yet to kick in. According to the analyst, once bitcoin regains the $10,000 threshold, it will likely jump 200 to 400 percent because Wall Street will enter the market

In an interview with The Independent, Oliver Isaac, a blockchain investor, discussed the multiple factors behind the resurgence of bitcoin including geopolitical, technological and regulatory forces.

He added that the increased adoption seen by major brands including Whole Foods, Petco, Lowe’s, Nordstrom, and Baskin Robbins in combination with the growing number of investors that are turning into bitcoin as a hedge have the capacity to continue to push its market valuation higher.

Tim Draper, an American capital investor, also maintains that bitcoin’s mainstream adoption could be one of the main drivers of the recent surge, which could take it to up to $25,000 by 2023 as it will become a significant part of the global financial system.

“[Bitcoin is] going to keep going up because I’m a believer that in four years, [or] something like that, [it] will be about a 5 percent market share of the Earth [since] It’s a better currency, it’s decentralised, open [and] transparent [and] everybody knows what happens on the blockchain.”

Roger Quantrillo, a technical analyst, stated that the early stages of Microsoft, between the late 80s and early 90s, resemble where BTC is currently sitting. Any of the short-lived pullbacks are just part of a greater parabolic move that is just starting.

Lets compare the monthly chart of Bitcoin and Microsoft in the early stages (1987 till mid 90s).
Can you see some similarities or is it just me? @crypToBanger #bitcoin #btc #btcusd #crypto #microsoft pic.twitter.com/qrZoY3fiUr

Although it is too early to tell whether bitcoin could soon reach $25,000, it seems like the current 17 percent correction could extend and will be needed for a healthy continuation of the bullish trend.

However, as the trade war between the United States and China prolongs, new capital could enter the cryptocurrency industry bringing the market capitalization to new highs. It remains to be seen if more investors will move into bitcoin as a safe haven against the financial turmoil facing some of the most powerful economies around the world.