Since May 2019, the price of Ethereum has dropped by around 50 percent against Bitcoin. 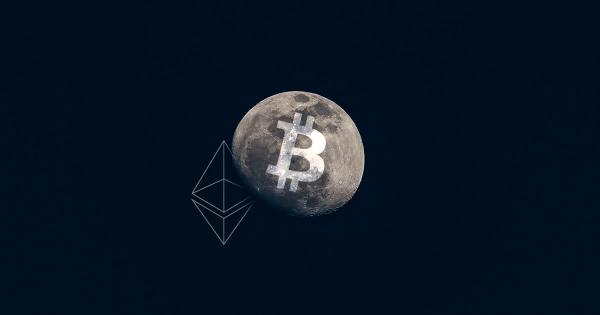 Since May 2019, the price of Ethereum has dropped by around 50 percent against Bitcoin. The ETHBTC pair across major exchanges declined from 0.0347 BTC to 0.01762 BTC within seven months.

Behind the lackluster performance of Ethereum against Bitcoin since 2019 are: a correction in the crypto market in the latter half of last year and a lack of successful commercial projects on the Ethereum blockchain network.

Reason #1: Correction in the crypto market in mid-2019

The abrupt increase in the price of bitcoin following a stagnant four months significantly improved the sentiment around the crypto market.

Major cryptocurrencies like Ethereum spiked as Bitcoin went on to rise to as high as $13,900.

However, almost immediately after achieving a new yearly high, the Bitcoin price fell by nearly 25 percent within days. Since May of last year, Bitcoin consistently recorded lower highs on a monthly basis, indicating an extended bearish trend.

In a bear market, investors tend to focus on less risky assets to hedge their holdings against volatility.

Capital began to flow out of major alternative cryptocurrencies to either bitcoin or tether following the correction. As bitcoin dropped below the $10,000 level, Ethereum and other top cryptocurrencies fell substantially more than BTC in USD terms.

Technically, the definition of a bear market is when an asset drops by 20 percent from its recent high. Bitcoin is down by 40 percent in the past seven months.

The crypto market being in a bearish trend has been the main factor behind the struggle of Ethereum to recover against BTC since mid-2019.

Early on in 2018, many decentralized applications (DApps) received mainstream attraction. Platforms like CryptoKitties saw large traffic and demand, causing digital collectibles on the blockchain to be worth hundreds of thousands of dollars.

However, the growth of DApps has been stagnant since then, partly due to scalability and the limitations of DApps in their current form.

In recent months, decentralized finance (DeFi) has seen an exponential increase in adoption and demand, with hundreds of millions of dollars locked in DeFi platforms.

The narrative for the next phase of Ethereum’s growth is centered around DeFi and its pivot to proof-of-stake (PoS).

While the numbers of DeFi platforms on Ethereum are promising, not many projects have garnered mainstream success and adoption throughout the past two years.

Bitcoin in itself is considered an application because individuals use it to store value and to initiate payments. Ethereum does not carry the image of a store of value or digital gold, which makes the progress of DApps and other decentralized platforms more important for its valuation.

In the latter half of 2019, Ethereum has seen an increase in the number of multi-billion dollar conglomerates building on top of its network, and it is considered a strong fundamental factor for long-term growth.